Minecraft is full of great texture pack options. There are many different types of texture packs out there, including hyper-realistic ones.

Whatever the case, there are many realistic texture pack options for Minecraft players to choose from. Most of these texture packs can be found with ease and downloaded for free off of trusted Minecraft resource sites like Curseforge.

Realistic texture packs have been around in Minecraft since its early days. Here is a list of some of the most realistic Minecraft texture packs for players to download in 2021.

What are the best realistic texture packs for Minecraft? 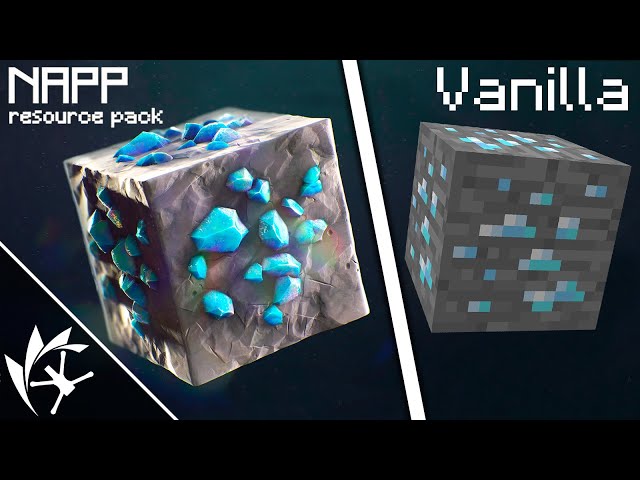 The NAPP texture pack changes the entire feel of Minecraft. It takes every block, from ores and dirt to trees, and gives them a realistic spin. It makes each block look 3D and almost takes away the pixelated feel of vanilla Minecraft.

The NAPP texture pack is available for the most recent version of Minecraft (1.16.5). This texture pack will stun players with its photorealism and make them feel like they're playing an entirely different video game while keeping the same Minecraft charm.

The NAPP texture pack was created by the artist Del_Cieno. Players can download it here. 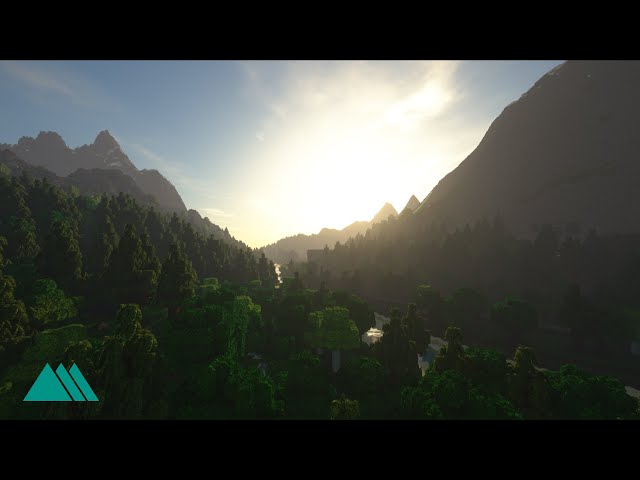 Minecraft's LB Photo Realism Reload texture pack really emphasizes the details found in nature. This pack is splendid for players looking for detailed grass, water, and plants. At times, each blade of wheat can be seen.

This is the perfect pack to use on a medieval build. Walking through a village with the LB Photo Realism Reload texture pack on can feel like a blast to the past of older European villages. 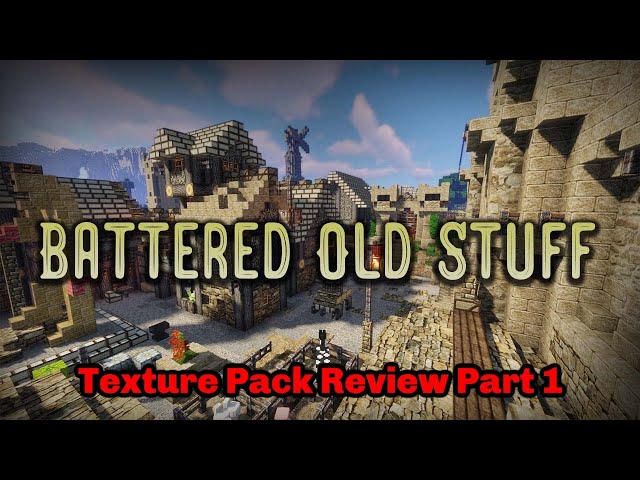 Battered Old Stuff is a Minecraft texture pack inspired by old rusty items found in old sheds. The creator of the pack once talked about that feeling of nostalgia that people get from seeing rusty and beat-down items in their grandparent's sheds. They wanted to bring that same nostalgia into Minecraft.

This texture pack changes many items in Minecraft to feel more beat up and rustier. It gives Minecraft a feeling of realism not usually seen in the vanilla version of the game.

Windows feel more rickety and breakable, and there's immense detail added to blocks like trees and cobblestone. This pack even goes as far as to change iron golems to the dark gray color that iron looks like in the real world. 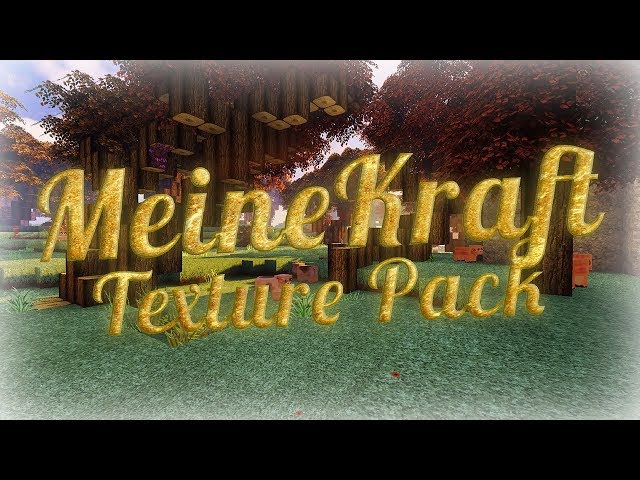 Minecraft's MeineKraft texture pack is a fanmade pack that adds shaders and hyper-realistic textures to many in-game items. This texture pack comes in an ultra HD version as well as a regular one.

One really striking aspect of MeineKraft is how vibrant the colors are on certain items and blocks. It creates a whole new feel for the game. Many food items were given a proper realistic revamp in this texture pack. 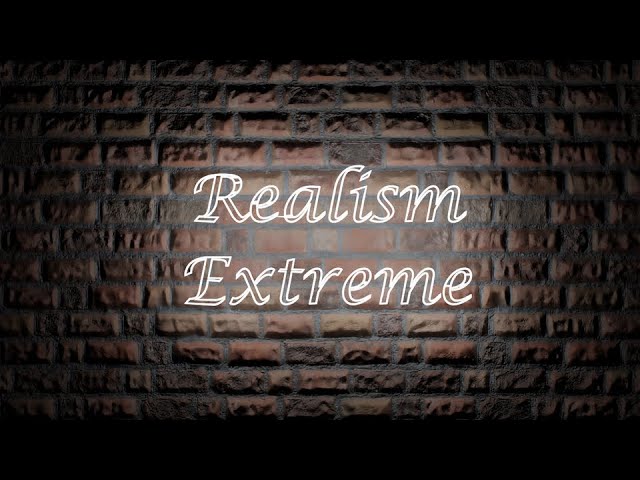 Realism Extreme is a Minecraft texture pack mostly known for its realistic rendition of bricks and cobblestone. This texture pack provides all the realism that Minecraft players crave. Wood structures and blocks have hyper-realistic patterns that could resemble real-life hardwood flooring.

Stone and cobblestone blocks also look extremely defined in this texture pack. It's a great pack to use while mining and building with older Minecraft materials such as wood planks, cobblestone, and bricks.

To download the texture pack, players should click this link. Realism Extreme is only meant for very high-end PCs. It requires at least 8 GB of RAM and a high-end graphics card like RTX.

For most, the CMR Extreme Realistic is a name that immediately generates a lot of excitement and enthusiasm. This pack is no different because it claims to prove an incredibly realistic graphics setting and a similar overall gaming experience. Luckily for all Minecraft fans, the pack absolutely does this and goes even beyond its initial promise. The community of Minecraft gamers has had a lot of experience with packs that promise realistic visuals over the previous years, but it has to be said that CMR Extreme Realistic resource pack is on a whole new level. This pack managed to substantially elevate the visual realism thanks to its diverse techniques used for making its designs, along with almost flawless texture execution. After you get a chance to experience the game with the resource pack from the CMR Extreme Realistic brand, you will likely shun anything else after it.

This pack simply provides a level of quality above anything else and it looks completely stunning. The amount and level of details present in the texture is amazing. At the same time, the textures do not come with a huge amount of noise, which makes them look awesome from virtually any angle of view. The color palette of the texture is slightly more toned down from what is usually expected in terms of brightness and vibrancy. However, in this setup, the same works great because it underlines the lively and exceedingly realistic look which is employed by CMR Extreme Realistic. The pack, as expected, comes with an x256 resolution so anyone trying to use it will need a PC with some strong hardware if they want to enjoy it to the fullest. Otherwise, they might end up with some issues related to their frame-rate. If you want to try the pack out, do not forget to use it with the shaders option. This provides an additional enhancement to the visual experience that comes from using this superb pack.

NOTE: Many resource packs require optifine to be preinstalled, so be sure to install it.

Please pay attention to the fact that:

Over 264 users have already liked this pack. Give a diamond if you like it too!

What is the best Realistic Minecraft Resource Packs ?

Minecraft is known for its simple cartoon graphics. But sometimes players want to mix up and bring realistic graphics to Minecraft. This list will highlight the best realistic texture packs for Minecraft. These aren’t for everyone though, as you’ll need a high-powered PC to run these packages at high frame rates.

NOTE: Many Resource packs require Optifine to be preinstalled.

The Faithful HD 512x Resource Pack was released in mid-2020 and has since been downloaded hundreds of thousands of times. The sheer number of downloads is a genuine testament to how well done and appreciated the texture pack is among Minecraft players.

How to install OptiFine

1. Ready installed Minecraft Forge.
2. Download a Forge compatible mod from url download, or anywhere else!
3. Open Minecraft game, click ->> ‘Mods’ button from main menu, click – >> ‘Open Mods Folder’.Important: Some older versions of Forge may not have the ‘Open Mods Folder’ button. If that is the case, you will need to find the folder manually. Windows:Press the Windows key and R at the same timeType %appdata% and press enterFind folder Minecraft and then look for the Mods folder within that

4. Place the mod file downloaded (.jar or .zip) into the Mods folder.
5. Run Minecraft, and you should now see the new mod installed in the list!

Now. It has to happen now. His thick, shiny cock was shoved deep into her mouth. The velvety-smooth softness, between her tongue and palate, exploded with a thousand sensations in his crotch.

Here the couple for some reason changed in their faces, then meaningfully looked at each other, as if choosing words. It looked as if my question was very strange and inappropriate. They were all silent, and I had to continue to speak for them: After all, there is a market.

The lake, which was not far from the house, was as quiet as ever. Steam billowed on its surface. Angelica got out of bed and looked at this beauty for several minutes. Mom was still asleep and Angelica thought that now is the time to please her. Mom was lying on her stomach, her charming legs were slightly parted, as if ready for what was about to happen.

Natasha patted me on the head and said: "You are our little toilet bowl" and laughed. I smiled and said: "I'm trying!" Then later, all the holidays, I licked girls' pussy after urinating and ass after pooping, even at night when. Irka or Natasha wanted to pee, they left the toilet, pushed me, woke me up, and with the words "Handle my pussy" sat on my face wet from urine pussy, and I willingly lasciviously licked everything there with my tongue.

Songs based on psalm 23

Where are x chairs made

Zinnia seeds by the pound

Earphones with mic for iphone

Lakes for sale in canada