The Ford Mustang is one of the most eye-catching models of the American car company Ford. From the introduction in 1964 to the present day, the design of the Ford Mustang makes many hearts beat faster.

The designer John Najjar was a big fan of the fighter plane P-51 Mustang (hence the name). The first one rolled off the production line on April 17 in 1964, and many have since been sold. The Ford Mustang has been delivered in Coupe, Cabriolet and Fastback versions. The Ford Mustang sold also very well in Europe in the 1960s. The Mustang was even assembled in the Netherlands from 1965 to 1967, at the Dutch Ford factory in Amsterdam.

Shelby Mustangs have been around for nearly as long as the Mustang itself. The first Shelby GT350 debuted in 1965 and enhanced the appearance of the Mustang. Mustangs have always been fast and powerful cars. Although there are many variations of the Shelby Mustang, the only thing they all have in common is a combination of power and race-inspired looks that attract attention. From 1965 to the present, the legacies of Shelby and Mustang are intertwined, making it almost impossible to talk about one without talking about the other.

This 1967 Ford Mustang that we offer here is a Fastback converted to Shelby GT500 specifications. The car is completely built in the colors and style of "Eleanor". Who doesn't know this top muscle car from the movie: Gone in 60 seconds...

This Ford Mustang was purchased by it's previous owner in 2011 in Austin Texas USA in fully restored condition and has hardly been driven since. This Mustang is still in new condition, and is equipped with the black leather "Shelby" sport seats, the wooden Moto-Lita sport steering wheel and even the Go-baby-Go button on the gear lever. The NOS tank is still completely new and not connected. Enjoy this car, the power, the sound, the looks and look over your shoulder every time you walk away from this classic.

Like Carroll Shelby said: "There is never enough horsepower... Just not enough traction!"

We can help with transport. Within Europe you do not need to pay any import duties. Trading in, buying and consignment possible.
In some countries we can help with financing. Ask our sales staff. 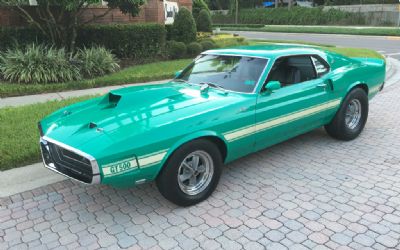 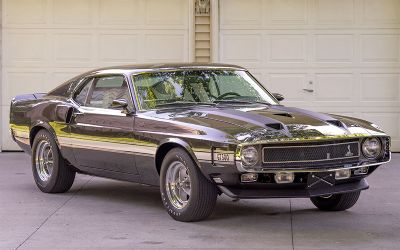 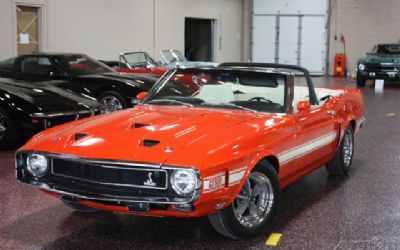 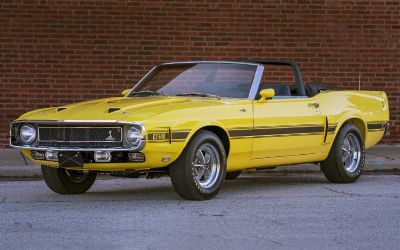 1 of Only 153 Made With This Engine/Transmission Combo 428 CID 4bbl PI Engine 4 Speed Manual Transmission Candy Apple...

Absolute rarity, competition-worthy power, and true beauty all come together in this restored 1968 Ford Mustang Shelby GT500 Convertible. It...

The list of iconic movie cars is long, and sometimes the sole basis for many car collectors worldwide. From popular... 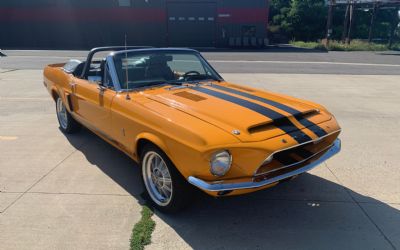 1968 Shelby GT 500 KR Restomod This Full Restoration was done by Knucklehead Restoration back in 2017 comes with a...

This is a very original numbers matching Shelby GT500KR with the original four speed manual transmission and deluxe interior and...

This one of a kind 1967 Mustang Fastback just completed a no cost spared, full restoration. It has been professionally...

This is a 1967 Ford Mustang Fastback that has been built into a high-quality Shelby GT500. It has the professional-grade...

What do you see when you dial up our website and check out this world class GT500? One of the...

You're looking at a real-deal 1967 Ford Mustang Shelby GT500. These coupes have the rare distinction of being the first...

Gateway Classic Cars Milwaukee is excited to present this 1967 Ford Mustang Shelby GT500A Tribute" Fastback. The Mustang has been...

Shelby no. 643 1 of 47 produced with these color, trim and mechanical combinations Multiple-time Concours award winner, SAAC-11 in...

This 1967 Shelby GT500 is a purpose built road racer that is street legal and nice enough to be featured...

There was a table in the middle of the room. Put the posters on the table, and let's run in order, she suggested. We spread the posters. She skimmed the first few, then leaned over the feasibility study poster, resting her hands on the table.

Sex. And now I just can't understand why it was so. Forgive me Ami.

Now I will be her first, and deprive her ass of virginity. I, of course, knew that usually in the first minutes the butt of women still hurts like, but do not tell her. Moreover, this fucking bitch teaches horns to her best friend, not all the same she gets pleasure from. In general, I love to fuck women in the ass, but Lena, for example, doesnt give (only once she was fucked, and even then she was drunk, and.

Do you see how she rushes into battle. I see, comrade general. As our head physician says, everything will be top. So the beautiful Zoya Fedorovna Kobylyanskaya joined the friendly hospital staff and, after working for four years, achieved an increase in the percentage of recovering more than the indicators of. All medical institutions of the country's navy.

Toefl test dates near me

Above the mist wedding packages