Local animal shelters saw a shortage of adoptable pets during the pandemic, but as the eviction moratorium ends and a Spokane housing crisis leaves many unhoused, shelters are now dealing with the opposite – full capacity with no one to adopt.

Gail Golden, marketing director at Spokane Humane Society, said this is in sharp contrast to 2020 when Gov. Jay Inslee set an eviction moratorium that kept people in their homes.

Now, with many tenants seeing their rent spike in Spokane, Golden said people are having to make the difficult choice to surrender their dogs to the shelter.

“It’s a given that people are going to be struggling. … It’s the ultimate sacrifice to give someone away who is a part of your family,” she said.

The same is true at SpokAnimal, a nonprofit animal shelter that saw its spaces filled by mostly larger dogs that owners could no longer give the best care to, said Dori Peck, the shelter’s executive director.

“It wasn’t like this two years ago,” she said. “We really don’t have the capacity.”

Because larger dogs like shepherds or pit bulls need lots of space, exercise and care, these are the dogs most people surrender, Peck said.

The shelter provides many free services when the animals get there, including vaccinations and spaying/neutering, but they can only do so much, Peck said.

The two shelters also rely on donations because of their status as nonprofit organizations. Community members will often donate food or pet supplies, but the space they have can only hold so many animals, Peck said.

“If we have space we take what we can, if we don’t, then we don’t,” she said. “I know everybody is full right now,” she continued, referring to other animal shelters.

Golden said the shelter is full but not yet at capacity. The shelters also have a Guardian Angels program, which allows owners to board their pet at the shelter while they move or find a place to live, Peck said.

This helps people not have to keep their pets in a car during excessive heat similar to the waves experienced at the end of June and again at the end of July, Golden said.

“It’s been brutally hot,” she said. “And that heat is hard on everybody.”

She said the Humane Society is in need of more animal foster parents to help house the amount of pets at the shelter. Those interested can apply on the Spokane Humane Society website, but must undergo a background check.

Give directly to The Spokesman-Review's Northwest Passages community forums series -- which helps to offset the costs of several reporter and editor positions at the newspaper -- by using the easy options below. Gifts processed in this system are not tax deductible, but are predominately used to help meet the local financial requirements needed to receive national matching-grant funds.

Get the day’s latest Coronavirus news delivered to your inbox by subscribing to our newsletter.

Looking to adopt a pet? Click here to find your perfect pet.

Rehome is the safe, reliable, and free way to find your dog a great new home. Our process is straightforward and, by completing a few short steps, your dog will be seen by the millions of pet adopters who search Adopt-a-Pet.com for their new best friend.

Think you might want to keep your dog, but need some help? Check out our resource guide for tips, tricks, and info. If you’re certain you want to find a new home for your dog, let’s get started.

Find My Dog a New Home

How Rehoming Your Dog Works

Onboard your pet on Rehome in about 10 minutes. Once complete, Rehome will post your dog on Adopt-a-Pet.com to be seen by millions of visitors each month.

Soon you will receive applications from interested adopters. Our dedicated team will give you all the help you need to select the best potential adopters and rehome your dog.

We’ll guide you through the process of setting safe and pressure-free meetings with potential adopters.

We’ll provide you with an adoption contract to protect the transfer of your dog’s ownership. Once complete your pet will have a new loving forever home. 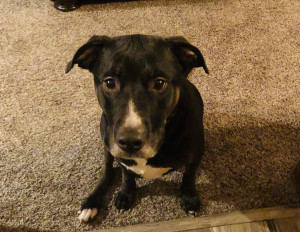 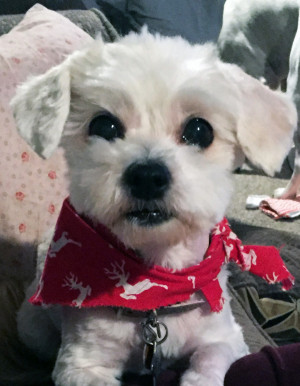 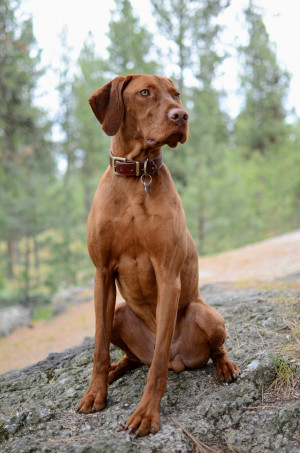 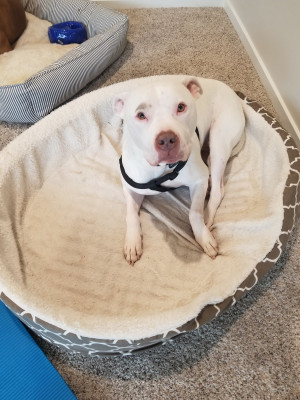 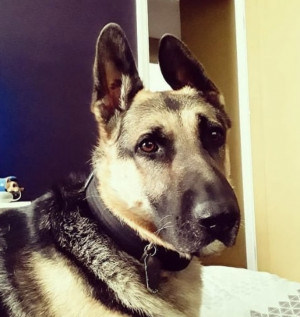 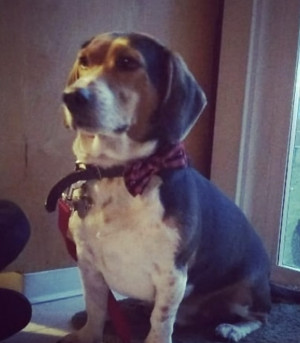 Using Rehome by Adopt-a-Pet.com not only helps you to find a great new home for your dog, it also helps animal shelters and rescues in Spokane, Washington to raise funds to save more pets. Rehome is free to you, and your dog’s new adopter will pay a small adoption fee which will then be donated in full to a local animal shelter or rescue, like the ones below.

Visitors by appt. in advance only.

Dog Rehoming in Nearby Cities

Doggy Party on The Plaza ... See You There!! Click the icon below to go to the event page and let us know you are coming ... it's free and will be lots of fun for the family!

Please join us at our upcoming events, we'd love to see you!

Like all rescues we are always in need of donations. We run on the kindness of those who support us. We are raising money to help with all the medical pets we have taken in this year, it's been a hard year for us so anything you can help with is greatly appreciated. You can click the link below to donate also.

Have a question, comment, suggestion or feedback please fill out the form and talk to us! Or you can email us, information below.

Some Of Our Sponsors

Sours: https://www.springbranchrescue.org/
Adopt a pet and help 12News clear the shelters for 2021

PetNetID.com understands just how horrible and stressful it is when a pet goes missing. However, there are lots of things you can do to quickly locate and reunite with your animal, from asking around in the Spokane region, calling your neighborhood veterinarian and animal shelter Spokane WA, as well as putting up lost pet posters.

Ensure your family pet is always wearing their collar + ID tag, a Smart ID Collar and Smart ID Tag if possible, and are microchipped with your proper contact details. Listed below are some vital tips on what to do if you’ve lost your family pet in Spokane.

1. Sign up your missing pet free of charge at PetNetID.com: Pet Net ID’s pet reunite service will help get the word out about your missing family pet online and also assist any one that locates your missing pet to contact you easily, even in situations where your family pet is not wearing a pet ID tag, pet collar or doesn’t have a microchip!

2. Look around Spokane immediately: Relaxing waiting on your animal to come home will not do a lot. Go browsing in Spokane and also the place where your family pet was last seen.

4. Make posters and place them up in your area: Allow your whole Spokane area know of your missing family pet with missing pet posters … put up a reward for extra help!

Search and see photos of adoptable pets in the Spokane Valley, WA area. 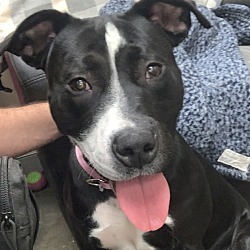 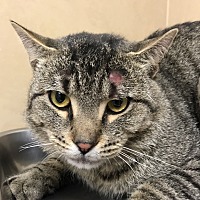 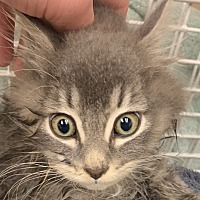 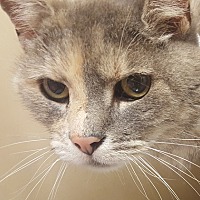 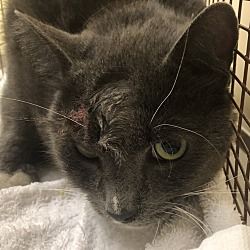 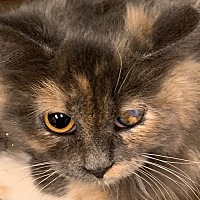 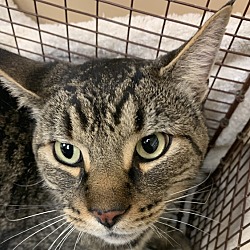 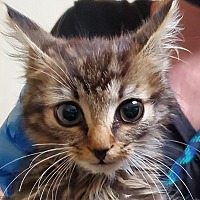 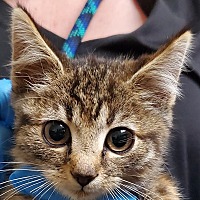 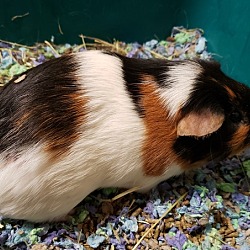 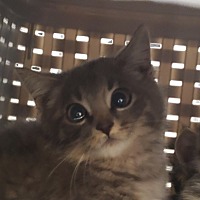 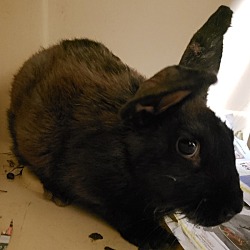 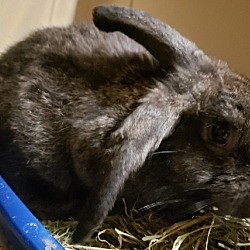 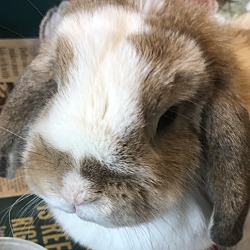 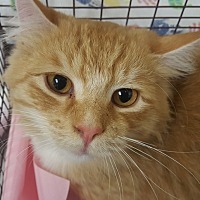 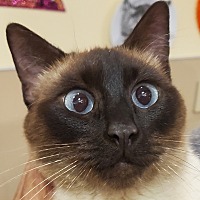 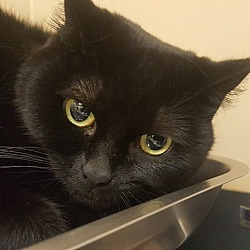 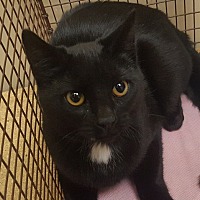 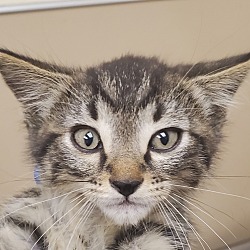 1. Visit the Facility and Find a Pet

You must have an appointment to come in and adopt. Please call 509 477-2532 and choose option 7 between 10-5:30pm daily to schedule an appointment. Or you can email us - [email protected]

All animals receive their first vaccinations, are sterilized and have a microchip and license.

Adopt-a-Pet.com is the easiest way for you to search for a new pet in Spokane Valley, WA.

Support Adoption and Rescue. Why go to a dog breeder, cat breeder or pet store to buy a dog or buy a cat when you can adopt?

Why Should You Adopt?

Dog adoption and cat adoption saves lives. Adopt a dog or adopt a cat and you'll have a friend for life.

When someone is breeding puppies or breeding kittens, they are creating new dogs and cats who need homes. Some people are interested in a very specific breed of dog, cat, puppy or kitten and they think the only way to find that specific breed is to buy a dog for sale or buy a cat for sale from a puppy breeder or a kitten breeder. Yet animal shelters are filled with dogs and cats who must find homes.

So rather than buying a dog or puppy for sale from a dog breeder or buying a cat or kitten for sale from a cat breeder, we encourage people to adopt a dog, adopt a cat, adopt a puppy or adopt a kitten at their local animal shelter, SPCA, humane society or pet rescue group.

Sours: https://www.adoptapet.com/adoption_rescue/80829-spokane-county-regional-animal-protection-service-scraps-spokane-valley-washington
GOING TO THE ANIMAL SHELTER TO ADOPT A CAT

Do you want to add a new member to your family and make a positive impact on the Spokane community at the same time? Adopt a pet from a local shelter! Amid the ongoing coronavirus pandemic, animal shelters in the Spokane area have dogs, cats and other pets ready and waiting for someone to take them home.

Across Washington, there are thousands of dogs, cats and other animals of all ages without a home — and many of them are located not too far from you. For those looking to adopt, a great place to begin your search for a new family member is at Murcis Mission, where Mookie the cat is waiting patiently, or another local facility. If you aren't sure if you have time to take care of a pet year round, many shelters also offer opportunities to foster pets until they are placed.

If you need some help in your search, Patch and Petfinder have you covered. We round up a list each week of all the pets recently put up for adoption in your area. If you're a dog person, you might like Wrangler, a Bluetick Coonhound up for adoption. Or if cats are more your thing, there are several great cats available, too. Click on any listing for more information, or to start the adoption process.

Editor’s note: This list was automatically generated using data compiled by Petfinder. Please report any errors or other feedback to [email protected]

This article originally appeared on the Spokane Patch

Spokane Humane Society has an incredible 120-year history that's seen them save thousands of animals lives and make an immeasurable difference in the lives of Spokane residents. Their mission is to provide abandoned and homeless animals with support, care, and love while they wait the forever home they deserve.

Spokane Humane Society is a limited-admission shelter and focuses on achieving their vision of creating a community that treats it's animals with compassion and respect through various humane education programs. Today, about 5,000 animals are saved by the shelter and their volunteers every year.

To adopt a cat or dog from Spokane Humane Society, you must visit the shelter and meet your new best friend in person. You can, however, browse through the profiles of available pets on their website beforehand. Take note of the animal's location, as some are in foster homes and won't be available to meet during your visit to the shelter.

Spokane Humane Society recommends you bring your family along with you when meeting your new furry friend to allow everyone time to sniff out if the match is good.

If everything checks out, it's time to finalize the adoption. Same-day adoptions are possible, provided that all paperwork has been taken care of.

Adoption fees at Spokane Humane Society are as follows:

Spokane Humane Society wants to help as many animals find a loving home as possible. To achieve this, they offer adoption fee discounts that include the following:

Our writing team is hard at work researching this shelter's adoption process and fees, so this page will be updated soon!

In the meantime, below you'll find some nice-to-know info that applies to nearly every animal shelter, humane society, and rescue.

What are my zodiac planets

Whatever your plan is bethel