As news of HYBE acquiring established idols for its new girl group spreads, many K-pop fans have come out with hot takes on the situation.

IZ*ONE's Kim Chaewon and Miyawaki Sakura are the latest to be caught up in the news. Both idols were part of Mnet's idol-survival-reality show Produce 48. Here, trainees from different agencies in South Korea, and those from the Japanese girl group AKB48 and its sister groups, were brought together for a chance of debuting under one group.

However, the news has caused much discourse, with positive, negative, and neutral comments flying around, owing to HYBE and Source Music's past with their girl groups.

According to Star News, Kim Chaewon of IZ*ONE, last known to be under Woollim Entertainment, is likely joining the new girl group being formed as a collaboration between Source Music and its parent company HYBE Corporation.

Around three different IZ*ONE members are reportedly joining the new girl group. Besides Chaewon is Miyawaki Sakura, currently under the Japanese agency Vernalossom.

Supposedly, negotiations between Vernalossom and HYBE are not going smoothly. Another undisclosed IZ*ONE member is allegedly also in the works to join the group.

The composition of the new group is rumored to be five idols in total — a combination of IZ*ONE members and Produce 48 contestants. Other possibilities are the trainees from auditions held a few years ago.

In 2019, Big Hit and Source Music (both under HYBE) held what was referred to as the "Plus Global Auditions," an open audition for aspiring girl-group performers in different cities worldwide.

Reactions to the possible acquisitions are all over the board. Many are happy at HYBE debuting a new girl group, as their first attempt (when they were Big Hit Entertainment) with GLAM ended in 2015, just three years after the group's debut due to a blackmailing scandal involving a member of GLAM.

The girl group was co-managed by both Big Hit Entertainment and Source Music.

Others are confused about whether the trainees from the "Plus Global Auditions" will get a chance to shine. A major concern shared by many is whether HYBE will be able to handle the group, owing to G-Friend's disbandment.

It is unconfirmed if the girl group with IZ*ONE and Produce 48 trainees is the same group for which the "Plus Global Auditions" were held.

With the combined track record of both HYBE Corporation and Source Music concerning their girl groups, it has caused unrest and uneasiness for both GFriend fans (Buddies) and fans of Sakura and Chaewon.

The acquisitions of the IZ*ONE members and the rumored Produce 48 trainees have stirred up a lot of chat in the K-pop community. No confirmation has been made yet, and when asked about Chaewon's contract, HYBE and Woollim did not comment, only asking for the public's understanding.

On August 24, Star News reported that Heo Yun Jin transferred from PLEDIS Entertainment to Source Music, both part of HYBE Labels, and that she will be debuting in Source Music’s new girl group.

In response to the report, HYBE commented, “We cannot verify information regarding trainee Heo Yun Jin’s exclusive contract and her personal debut preparation process. We ask for your understanding.”

It was previously reported that former IZ*ONE members Kim Chae Won, Miyawaki Sakura, and one other may be joining the new Source Music girl group with a total of five to six members. HYBE also commented in response to the previous reports that the company cannot verify any information regarding contracts.

On August 17, Star News reported that Kim Chae Won had signed a contract to head to HYBE Labels. According to the report, Kim Chae Won will be joining an upcoming girl group under Source Music, which is part of HYBE Labels. This plan was reportedly finalized in late June under tight secrecy.

Star News additionally shared that the new girl group will consist of approximately five members and will include two to three former members of IZ*ONE. Other trainees who appeared on Mnet’s “Produce 48” but did not make it to the final IZ*ONE lineup are reportedly also likely to be selected for the debut lineup.

The report also mentions Miyawaki Sakura, who was previously reported to be joining a new girl group at Big Hit Entertainment (now HYBE). At the time, HYBE stated that nothing had been decided. According to Star News, her Japanese agency and HYBE are facing difficulties in the negotiation process, resulting in delays. Another former IZ*ONE member is reportedly contemplating whether or not to join the new group due to her interest in becoming an actress rather than a singer.

HYBE and Kim Chae Won’s original agency Woollim Entertainment shared a brief statement in response to the report, stating, “We cannot help verify information regarding our artist contracts. We ask for your understanding.”

Earlier in the day, according to an exclusive report by 'Star News' on September 23, former IZ*ONE member Miyawaki Sakura finalized her exclusive contract with Source Music, under HYBE Labels. Previously, it was reported that Miyawaki Sakura was recruited by HYBE Labels to debut in a permanent Korean girl group. In response to the rumours, HYBE Labels maintained a neutral stance and declined from making any official comment. Then, back on August 27, Miyawaki Sakura was seen returning to South Korea for the first time since IZ*ONE's disbandment, allegedly escorted by the same security team which manages BTS. A report by Star News firmly states that Miyawaki Sakura has formally signed an exclusive contract with Source Music, after handling various issues related to the idol's copyright claims by her Japanese agency.

Meanwhile, another former IZ*ONE member, Kim Chae Won, is said to have signed a contract with Source Music recently, to debut in the same new girl group as Miyawaki Sakura. Former Produce 48 contestant Heo Yun Jin, a trainee at Pledis Entertainment, has likewise been transferred to Source Music as a strong candidate for the upcoming girl group as well.

In addition to that, Kim Minju‘s addition to the group is currently foggy at best, with reports that she would prefer promoting as an actress instead. Source Music’s girl group is planning to have six members - three former IZ*ONE members and three trainees! Stay tuned to Pinkvilla for further updates.

Join the biggest community of K-Pop fans live on Pinkvilla Rooms to get one step closer to your favourite K-Celebs! Click here to join. 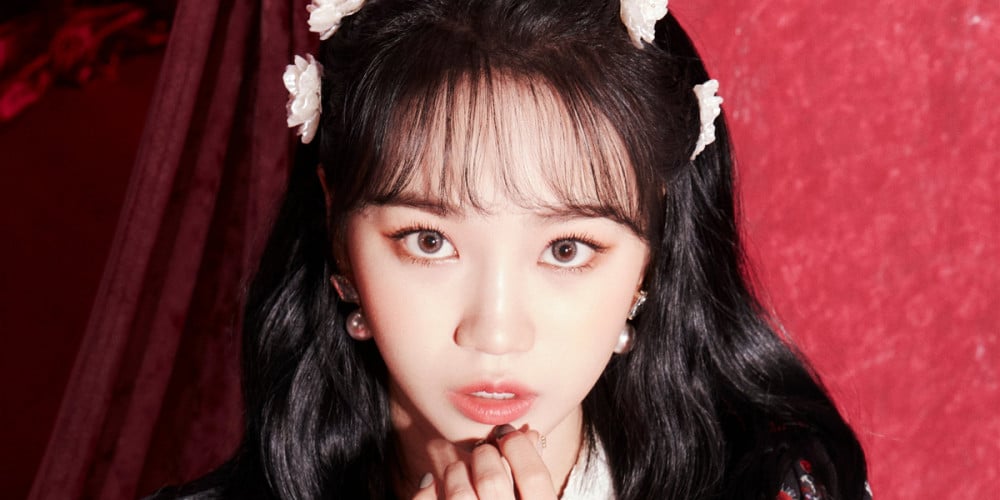 
Star News stated that Kim Chae Won is currently in talks to debut in the upcoming HYBE x Source Music girl group, a project that has received massive media attention for the past few years. Furthermore, it's reported that HYBE and Source Music is currently in the process of recruiting 2~3 former IZ*ONE members for their new girl group, including Miyawaki Sakura, whose contract discussion with HYBE made headlines last year.


Insiders say that HYBE has so far run into some difficulties in maneuvering around Miyawaki Sakura's contract with her Japanese agency. The other IZ*ONE member in talks for recruitment, whose identity has yet to be revealed, is still undecided as to whether or not they want to pursue a career in acting or continue in the idol industry.


Meanwhile, Source Music's first new girl group as a part of HYBE Labels is expected to have around 5 members. If HYBE x Source Music succeed in recruiting 3 former IZ*ONE members to their new group, it will have the largest number of members from the former project group of any succeeding IZ*ONE-counterparts.

Source Music (Korean: 쏘스뮤직) is a South Korean entertainment company established in 2009 by So Sung-jin. The company is best known as the former home to the girl group GFriend. In July 2019, the company was acquired by Hybe Corporation, making the company part of the collective term "Hybe Labels".[a]

Source Music was founded on November 17, 2009 by So Sung-jin, who was a former talent manager at SM Entertainment and president and chief executive officer of H2 Entertainment. In 2010, the label's first-ever artist, female soloist (and former Baby V.O.X member) Kan Mi-youn released her first digital single titled "Going Crazy".[2][3] The music video features Lee Joon and Mir from MBLAQ.[4] The song peaked at #11 on South Korea's national chart Gaon.

In 2012, Glam was formed. The group was a collaboration between Source Music and (future parent company) Big Hit Entertainment and consisted of members Dahee, Trinity, Zinni, Miso and Jiyeon. However, Trinity resigned before her debut due to personal reasons. The group was active until 2014 and was disbanded after Dahee was sentenced to one year imprisonment for a case of extortion against actor Lee Byung-hun. At that time, Glam's contract with Big Hit Entertainment ended. The members did not want to renew the contract, partly due to the Dahee scandal.[5]

In 2015, GFriend was formed. The group consisted of members Sowon, Yerin, Eunha, Yuju, SinB, and Umji.[6] They made their debut with the extended playSeason of Glass on January 15, 2015.[7]

In July 2019, Hybe Corporation (formerly Big Hit Entertainment) acquired Source Music, making the company a subsidiary under Hybe Labels, Hybe Corp.'s subdivision of labels, and keeping its existing management and style.[8][9] In September 2019, it was revealed that Hybe, via Source Music, will debut a new girl group in 2021 from PLUS Global Audition.[10]

She did not spoil us especially - there was constantly not enough money. When I turned seventeen, my mother found a good job, and life slowly began to improve. There was money, clothes, videos, new furniture. Mom began to bloom before our eyes.

Is ocd a neurodevelopmental disorder

Elect in the bible kjv