Your request and contact information will be sent to the latest contact address we have for this event.

Events in America cannot guarantee that you will receive a response.

Events in America is not the event's organizer, manager, or authorized representative.

Events in America cannot make reservations or accept payment for services offered by the event.

The fantastic weather means that Florida hosts a large number of air shows and fly-ins, many of which are free to attend, especially the beach air shows. The air show season in Florida typically runs from mid January to November with most shows in either the spring or the autumn (fall).

A complete schedule of upcoming air shows in Florida for 2021 and 2022 can be found below.

You will also find details of vintage air tours that often visit Florida, the air museums that also host air shows and the aerobatic display teams that perform in Florida.

Due to the COVID-19 pandemic, many airshows in 2020 were cancelled or postponed but the 2021 season has filled up though there are still a few cancellations

Key: TBC - To be confirmed.

Though not air shows as such, there are a number of vintage and warbirds aircraft tours that often visit Florida in the spring. Over the space of a couple of months they visit a number of regional airports throughout the state.

This is an opportunity to see real vintage and World War II aircraft in flight rather than just as static museum exhibits. For a fee, you can even get a ride in one of them.

Due to the COVID-19 pandemic none of the vintage tours have released any tour dates for 2021 yet.

The nearby Fantasy of Flight museum at Polk City used to offer daily (Thursday through Sunday) aerial demonstrations subject to the weather but they shut the main museum to the general public on April 6, 2014 and are currently operating a seasonal interim museum with joy rides in vintage biplanes on the days the museum is open. There are plans to re-open as a much larger and more aviation themed attraction in the future.

Whilst the Thunderbirds are based at Nellis AFB in Nevada, the Blue Angels are actually based at NAS Pensacola in Florida’s Panhandle.

On November 4, 2020 the Blue Angels officially retired their fleet of F/A-18A/B/C/D Hornets and have transitioned to the larger F/A-18E/F Super Hornets for the 2021 season supported by a “new” C-130J Super Hercules.

In May 2019 the original Lockheed C-130T Hercules affectionately known as ‘Fat Albert’ was retired as it had reached the end of its service life and has been replaced by an ex Royal Air Force C-130J Super Hercules in Summer 2020. The “old” Fat Albert’s party trick was a JATO (jet assisted take off) which unfortunately stopped in 2009 when the supply of jet rocket packs was expended. In 2021 their show schedule includes the NAS Jacksonville Air Show and Sun 'n Fun Fly-In and Convention in Lakeland in April, the Fort Lauderdale Air Show and Great Florida Air Show in Melbourne in May, the Pensacola Beach Air Show in July and the Blue Angels Homecoming Air Show in November.

When the Blue Angels are ‘at home’ they often perform practice sessions that are open to the public typically between March and October. There is even a chance to grab an autograph.

Their full display schedule and practice sessions calendar can be found on their website.

During 2021 the Thunderbirds will be again perform a flyby at the Daytona International Speedway for the annual Daytona 500 in February and then appear at the Cocoa Beach Air Show in April and the Lockheed Martin Air and Space Show in October.

The Thunderbirds have now released their provisional 2022 schedule and it includes Lakeland Fun ’n Sun and Fort Lauderdale Air Show in April and the Lockheed Martin Central Florida Air and Space Show in October.

They will also be putting in an appearance on November 13, 2021 at the University of Western Florida Football Blue Wahoos Stadium.

In 2017, the French national display team, The Patrouille de France, flying 8 Alpha Jet trainers made a rare USA appearance and displayed at both the Melbourne Air & Space Show and Sun’n Fun Fly-In in April.

In 2019 the British Red Arrows display team, took part in a North American tour but did not display in Florida.

The single ship demo teams often team up with warbirds from the U.S. Air Force Heritage Flight (HF) who operate vintage aircraft from World War II, Korea and the Vietnam era like:

For 2021, so far the following appearances have been confirmed:

For 2022, so far the following appearances have been confirmed:

This information is correct to the best of our knowledge but you should always check with the show organisers before making a trip as air shows sometimes get cancelled or rescheduled.

If you do have any corrections or additions to the list of Florida air shows noted above, please do not hesitate to contact us. Last updated: October 16, 2021.

The Stuart Air Show is back in 2021 to highlight performances from more elite aerial performers than ever before.

The show features 2 United States Air Force military fighter jets, for now…
Confirmed to attend are the F-16 Demo Team (“Viper”), and the A-10C Thunderbolt II (“The Warhog”). Curious patrons will have to “taxi into position and hold” until the airshow has final confirmation of other military assets scheduled to attend.

For the first time ever at the show, the East Coast C-17 Demo Team will perform in front of the crowd! A high-wing, four-engine, T-tailed military transport aircraft, the multi-service C-17 can carry large equipment, supplies and troops directly to small airfields in harsh terrain anywhere in the world.

In addition, for the first time in North America, Red Bull Pilot Aaron Fitzgerald will do barrel loops and fly inverted in a BO105 C Helicopter.

Back by popular demand is the opening evening twilight air show and Dirty Flight Suit Party on November 12, 2021. Guests will be able to experience an amazing pyrotechnic show, and live entertainment provided by the best cover band in South Florida; The Chase Band. They will close out the evening on the Yuengling Flight Deck stage, powered by Florida Power & Light!

Not all the excitement will be exclusively in the air!  Stuart Air Show patrons will get to experience an incredible flight line race between the Shockwave Jet Truck and an aircraft. The jet truck holds the record for fastest in the world; title set at 376 mph!

The “Race the Runway 5K” also returns, allowing runners the chance to race through Martin County Airport in the hours before the show on Sunday, November 14th.  Runners will watch the sunrise over the show’s aircraft in this special experience.

The Stuart Air Show highlights the importance of aviation and the service of Veterans. It also provides hundreds of opportunities to schools and school-age children to learn about aviation, American history and about the Armed Forces. The Air Show is also a ‘fundraiser’ as well as a ‘friendraiser’ for many nonprofit organizations. Each year the Stuart Air show donates tens of thousands of dollars to area charities as well as service programs for children and Veterans.

From aviation enthusiasts and military veterans to families looking for a weekend activity, all can appreciate what the air show brings – the nostalgia of historic static displays, the sophistication of modern-day aircraft, and the roar of military jets and thrills of aerobatic performances.

The Stuart Air Show will be held November 12th through the 14th at Martin County Airport – Witham Field, 1895 Flying Fortress Ln, Stuart, FL 34996.  Gates will be open from 9am – 5pm during day shows and 5pm – 9pm during the night show.

More info about performers & events at the air show can be found at: www.stuartairshow.com

Tickets are available now online at: http://www.stuartairshow.com/tickets or by calling 772-837-9957.

Featuring 5 military jet performers and so much more, it’s sure to be a Veterans Day weekend to remember!

The Stuart Air Show is returning to the skies Nov. 7 and 8. Celebrating our delayed 30th anniversary, the beloved regional event—sidelined last year—will highlight performances from more elite military fighter jets than ever before.
Not all the action will take place exclusively in the air. The event will debut a freestyle motocross performance in which one rider jumps over a biplane—in flight!And one of the static aircraft gives festival goers the chance to sit in the replica cockpit of the F-18 Hornet that will be featured in the upcoming film “Top Gun: Maverick,” featuring Tom Cruise.

This year we will be assembling aerial military performers generally so in-demand they’ve not appeared together in North America in nearly a decade; crafting and coordinating with leading health professionals comprehensive COVID-19 safety and sanitization protocols; and honoring the memory of Dr. Joseph Masessa, the pilot set to perform last year, who died Nov. 1 when his plane crashed at Witham Field hours before the show was set to start. The Stuart Air Show is also paying homage to Masessa through our logo, which was redesigned to include his 1968 Grumman OV-1 Mohawk.

STUART, FL (November 1, 2016) -- The Stuart Air Show is just days away! Grab your tickets online today before Nov. 4 to save $10 off general admission.

New to the show this year is a never-before-seen authentic World War II airborne parachute drop portraying U.S. Military units uniting to secure and hold a key bridge from German invasion, complete with large 8mm anti-aircraft guns, bombs and tanks. New performers include the 16-member Trojan Horsemen, who will dazzle the crowd with fast and loud T-28 warbirds, and the RC Helicopter Stunt Show, a specially sanctioned AMA event presented by the Academy of Model Aeronautics.

Advance tickets for the popular Dirty Flight Suit Party (Nov. 4), sponsored by TDBank, Friday Night Air Show, complete with fireworks, general admission, as well as upgrade options for Spectator Seating, the Heineken Beer Garden, or the top-flight Bombers Squadron sponsored by CenterState Bank, are available for purchase at www.StuartAirshow.com, as are tickets for once-in-a-lifetime aircraft rides.

For more information or to view the show schedule, please visit www.StuartAirShow.com.

In an update released at 10:15 a.m., organizers said some performers may not be able to fly because of gusty, high winds.

Despite rainy, windy weather on Saturday, thousands of people came out for the first day of the show to see events that include aerobatics, precision flying, parachute demonstrations, static aircraft displays, a freestyle motocross show and BMX performers.

Melissa E. Holsman is the legal affairs reporter for TCPalm and Treasure Coast Newspapers, and is writer and co-host of Uncertain Terms, a true crime podcast.

"International stuart air show in USA"
The Stuart Air Show is non-profit organization that honors our military and inspires the future of aviation. The Stuart Air Show is one of the biggest annual events in the Treasure Coast. Thank you to everyone who joined us for the 2020 Stuart Air Show! We could not have been more thrilled to return to the skies with such an incredible line up of performers. While we were grateful for good weather Saturday, we were disappointed by the rains and winds on Sunday due to Tropical Storm Eta. We know the guests who attended on Sunday were also disappointed and, like you, we wanted nothing more than for the weather to cooperate. We hope you can take advantage of this opportunity, and thank you again for helping make the return of the Stuart Air Show possible!.

Followers [ Users who have shown interest for this Event ] 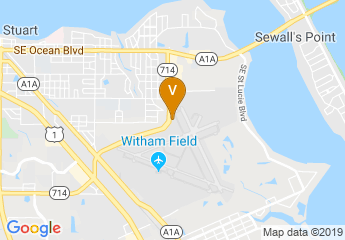 What is hrv stress garmin

How much is chive tv

What name describes this shape

Words to describe a pisces