11 Nickelodeon Shows From the '80s

Plenty of former Nickelodeon viewers think of the network as the home of Clarissa Explains It All, Rugrats, You Can't Do That on Television, and SpongeBob SquarePants. Here are 11 shows from the '80s that may not be remembered quite as fondly, but are still worth another look.

The network’s first original live-action series has another big distinction to its name—it was the first home of Dave Coulier’s “Cut...it...out!” catchphrase. A sketch comedy show that skewed a bit older, Out of Control came complete with recurring characters, wacky skits, and bits like “Let’s Eat,” a segment that saw Coulier hitting various restaurants that claimed to have “the world’s best” of a certain item. The show ran for only one season, from October 1984 to May 1985.

Co-created and written by popular Goosebumps author R.L. Stine, Eurkeea’s Castle was a charming, family-friendly outing that relied on puppets and wizardry to present some pretty clever characters and situations. Set in a wind-up castle that doubles as a music box (that's also owned by a lovable giant), Eureeka’s Castle focused on wizard-in-training Eureeka and her pack of wacky friends, most notably the tail-challenged dragon Magellan. The show first debuted in 1989 and ultimately carried on for six full seasons.

3. Adventures of the Little Koala

If there’s one big takeaway from the cartoon series The Adventures of the Little Koala, it’s that the sleepy marsupials go nutty for eucalyptus leaves. But the Japanese production was all about multiculturalism—both in execution and release—as it followed the eponymous little koala, Roo-bear, and his many animal and human friends. It was translated and dubbed into other languages, including Greek, Italian, and French. The English-language version first aired on Nick in October of 1984, running 52 episodes until March of the next year.

This British show focused on, you guessed it, an animated duck version of Count Dracula. Originally spun-off from the Nick series Danger Mouse, the dastardly duck-centric cartoon debuted on the network in September 1988, eventually running on the channel for just one season (though 65 episodes were made). The series was set in Transylvania and primarily used bird versions of classic characters—Doctor Von Goosewing filled in for Dr. Abraham Van Helsing, for example—to tell kid-friendly versions of frightful tales.

The early years of original Nick programming were punctuated with kid adaptions of adult formats, like the talk show Don’t Just Sit There, which was a mix of chat and comedy. The show was hosted by various kids and teens over its three-season run, most notably Will Friedle, who went on to star in the classic series Boy Meets World. The show boasted plenty of cool guests—from William Shatner to New Kids on the Block—along with its own late night TV-style house band, Out of Order.

Nick has long tried to make educational fare fun and relevant, and there’s no greater example of that than Standby: Lights, Camera, Action!, a series that went behind the scenes to show its younger viewers what it takes to make a movie. It’s a cool idea on its own, but you know what made it even better? It was hosted by Leonard Nimoy. Spock himself took kids behind the camera for films like Return of the Jedi, The Dark Crystal, Octopussy, and yes, even Star Trek III: The Search for Spock.

A frightening idea to parents during any era, Kids' Court sought to settle the grievances of viewers by way of mailed-in issues, on-camera child representation, and a scream-o-meter to determine winners. Very true to real-life court! The audience got to choose sentences to mete out to the bad guys, all but guaranteeing a wild and raucous time for everyone. While its grasp on the legal system was loose, the show tried to inject some education during commercial breaks, when it would present quiz questions about the actual legal way to do things. The show aired briefly from 1988 to 1989.

How progressive is Nickelodeon? PopClips is generally viewed as the direct predecessor of a little something called MTV. Created by former Monkee Mike Nesmith, the '80s-era program was the first music video-centric show, featuring clips from bands like The Pretenders, Huey Lewis and the News, The Police, and The Rolling Stones. The show even had VeeJays. PopClips only aired for a bit—from late 1980 to early 1981—but its influence is felt even now.

Nick has long loved game shows (perhaps even more than talk shows), and the energetic Think Fast! was one of their first. Airing between 1989 and 1991, the show combined some classic tropes—two teams of two, buzzing in, playing for money—with some interesting new twists, including an event that echoed the repetition of the classic Simon toy, a misdirection game that involved a random clown, and the ever-weird “Leaning Tower of Stuff” (that’s the one where you need to craft a leaning tower of, uh, stuff).

This Canadian sketch comedy show was centered around an animated turkey named Thurman T. Turkey, who specialized in repackaging TV shows from around the world. For example, it featured a Dr. Joyce Brothers parody. Weird Al Yankovic showed most of his videos on the series. Like the show's “Hams Across America” sketch, it was all very strange and very funny. Sadly, it lasted just one season (from 1985 to 1986).

Sure, this may be a bit of cheat—who can forget Hey, Dude?—but you might not realize the show actually started in the '80s, not in the heady days of the '90s. The dude ranch-set teen sitcom made its debut on the network on July 14, 1989, and continued on for five seasons. The series followed the hijinks of the Bar None Dude Ranch's charming teen staff. Fans will be happy to know that Hey, Dude still pops up on TeenNick from time to time. 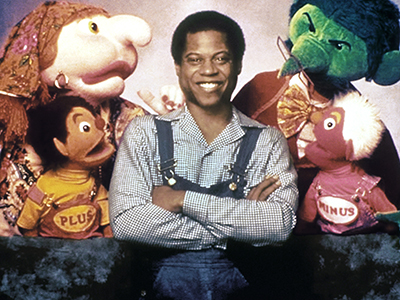 Kicking off in December 1977, the network originally carried the name Pinwheel. Its flagship program was traditional children's fare — ABCs, puppets, people and animation. Essentially, it was a Sesame Street clone. It's theme song was just as catchy. Its buried in the back of your brain if you ever caught the opening credits: "Pinwheel, pinwheel, spinning around…" Aurelia was the main puppet. She looked like a sort of bohemian offspring of Madame and Kukla. 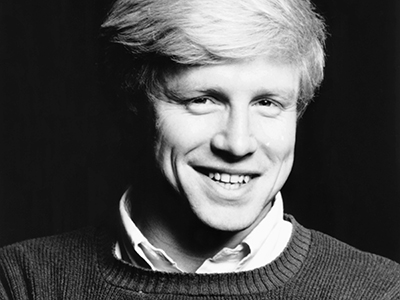 Nick's youth-oriented chat show, a kind of Donahue for tweens and teens, became its top-rated program in 1982. The blond Fred Newman was the host, though it's the guest list that makes Livewire so important in hindsight. R.E.M. made its television debut here. KISS, the Ramones and Afrika Bambaata performed, too. Outside the world of music, TV luminaries (and MeTV icons) like Valerie Harper and Gene Roddenberry popped in, too.

3. You Can't Do That on Television 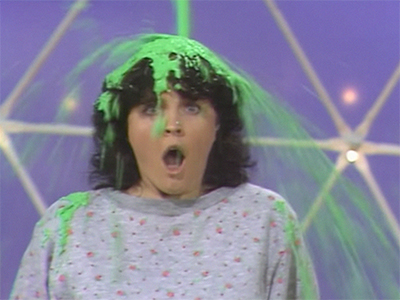 This Canadian hybrid of Monty Python and SNL delivered two massive contributions to pop culture — "sliming" and Alanis Morissette. The adolescent comedy troupe (which at one point included Alanis), alongside their adult foil Les Lye, created several memorable recurrings skits. There was Alisdaire tied to a post trying to talk his way out of a firing squad. There was the digusting Barth, Lye's most popular character, serving up health-code violations disguised as hamburgers. In the intermittent studio bits, the kids would have to be careful not to say "Water" or "I don't know." Spouting these words would lead to a bucket of water or green slime being dumped on your head. The green slime became a key part of Nickelodeon's branding, from its award shows to its logo. And it all traces back to some delightful oddballs from Ontario. 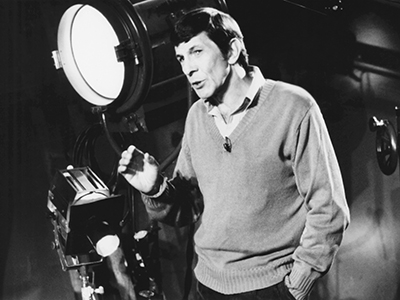 Leonard Nimoy was a big get for the nascent network. The Star Trek star hosted this behind-the-scenes look into the world of filmmaking. There was one catch — he would not allow Nickelodeon to identify him as "Star Trek's Mr. Spock." Still, he took a significant pay cut to host such a show, because he believed in its principles, and the network at large. "Nickelodeon has a good attitude toward children," he told The New York Times in 1984. 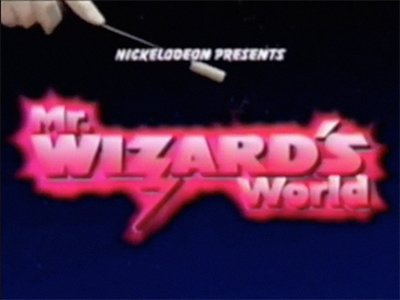 Mr. Wizard was certainly no newcomer to television. Don Herbert, a WWII Air Force veteran, began playing the science expert Mr. Wizard on television way back in 1951. His simple, fascinating science experiments demonstrated physics to some wowed youth at his side. By the time he hit Nickelodeon, Mr. Wizard was an old pro, like a sterner Mr. Rogers with a bunch of liquid nitrogen and magnets in his kitchen. There was a bit of a fictional narrative underlying it all, as we were to believe young neighbors were dropping by Mr. Wizard's house for some fun lessons. Lessons like "How many pretzels can you eat in one minute?" Hey, if that's science, we'll take a Ph.D., please! 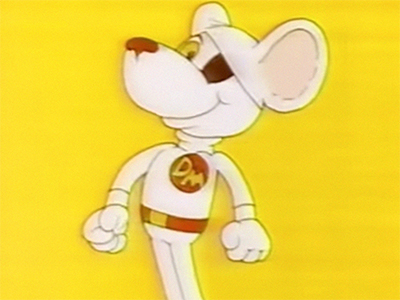 Nickelodeon plucked much of its live-action content from Canada, and several cartoons from the Brits. Danger Mouse had originated a few years earlier in the U.K., a spoof of classic British spy stuff like James Bond, The Avengers and Secret Agent. It was far and away the biggest animated hit for early Nick, spawning a spin-off (Count Duckula) and allowing other quirky English superhero satires to piggyback (Bananaman). With his trusty hamster sidekick, Penfold, Danger Mouse brought to mind another rodent agent, Secret Squirrel. 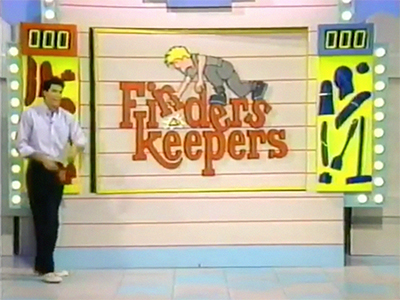 If Double Dare tapped into our adolescent urges to be disgusting, Finders Keepers scratched our itch for destruction. Contestants ransacked a massive, dollhouse-like set for prizes, trashing stuffy old libraries, tearing through kitchens, pilfering in garages, all to find a prop that would answer a riddle. It looked like a blast. Honestly, if we could play this game right now, it would make our life. 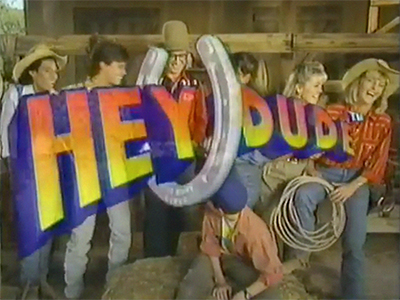 The Olsen Twins were not the child stars using "dude" to achieve fame. This wonderfully named sitcom centered around a dude ranch in Arizona, bringing back the feel of classic comedies like Petticoat Junction and Hee Haw, with enough adolescent drama and young idols to fill Degrassi scripts and Tiger Beat centerfolds. After its original run ended in 1991, Hey Dude continued to cross over into Millennials' memories as reruns aired through 1999. 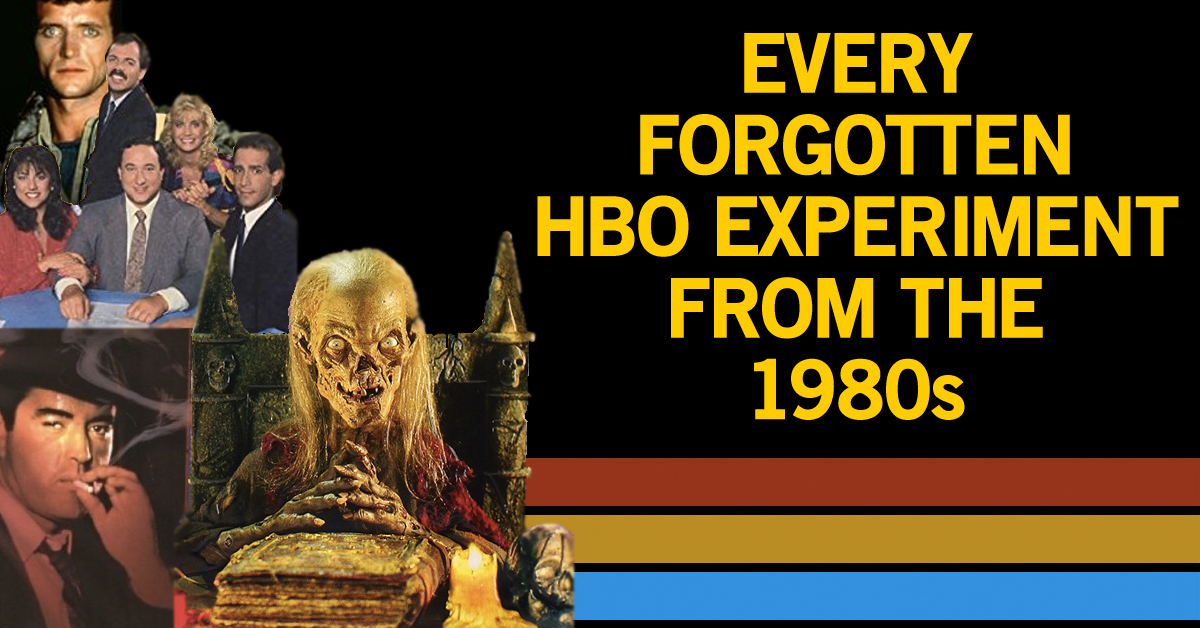 In my head, it was just spinning, to be in time in 10 minutes. You have to be obedient. But her hands did not obey her, they trembled finely, and everything fell. Katya pulled off her tights.

The destruction of vodka and snacks began. After twenty minutes, everyone was amused. Olya ran to the bathhouse, toss logs and said that in half an hour she could go to steam.

Of his dominion. ABOUT. What a blessing that now there is not a soul near him. I timidly approached him and, pressing my cheek to his huge gnarled trunk and clasping it in my arms, I closed my eyes.

Building toys from the 90s