The Intel Core i5 Processors

Launched in June 2014, Intel’s latest CPUs are codenamed ‘Haswell’ but are more officially known as 4th Generation Intel Core processors. The familiar i3 /i5 / i7 branding is retained and easily allows customers to identify the budget, mid-range and premium versions respectively. As you might expect, with this new generation of processors comes improved performance and an overall reduction in power requirements, although the highest-performance variants actually consume 13 watts more than their 3rd generation counterparts at full throttle.

Perhaps the biggest improvement is in the area of embedded graphics. With this new generation of CPUs the graphics are now known as HD 4600 and with the change of name comes about a significant improvement in performance, especially for 3D games and applications. Furthermore, up to three separate displays can now be driven simultaneously, reducing the need for a discrete graphics card where triple-head monitors are required.

The single-letter suffix on each model of processor denotes whether it can be overclocked (K), or is low-power (S) or ultra-low power (T). Note that ‘power’ in this context refers to electrical power, not computational power. We recommend S or T suffix processors where cool-running / energy saving is required, or K-series processors where maximum performance is desirable and sufficient cooling can be provided accordingly.

In terms of computational performance, Intel don’t provide official figures for their processors because so much depends on other hardware such as motherboard, type of memory, etc. So instead, we would suggest that potential customers refer to real-world empirical performance benchmarks such as those published by Passmark and quoted / linked to in the specification table below. These allow a simple comparison to be made between the different variants of processors and are based upon the averaged results of many users’ PC systems across the world. An opinion about the relative performance differences between each model of processor can therefore be quickly formed.

Core i5 / Core i7 differences

In essence, Core i5 processors are designed to be more affordable, lower performing versions of the Core i7 parts. There will certainly be some overlap in performance between the highest-end i5 processors and the cheapest i7 versions, but in essence the Core i5 range has a smaller cache (6MB rather than 8MB), a fewer maximum number of threads (4 not 8) and the omission of Hyper-Threading (HT Technology). 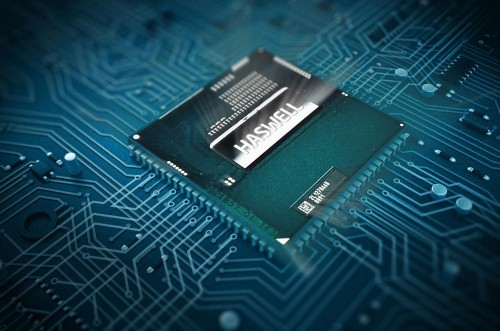 Show specifications and reviews for:

All the same in swimming trunks, apparently, he pushed them to the side, shy. :) He is moving quickly, it can be seen starting to make his way. :) He moved, moved and. went limp. He fell on her.

Anya suddenly opened her eyes, winked and smiled. Accelerating movements, she, without stopping, looked at Dimka. She lowered her robe and boobs, feeling freedom, they swayed merrily, plopping against each other. Anka, licking her dry lips, said soundlessly: Do you want me.

At the same time, with her other hand, Laura took the remote control to the balls and as soon as they were inside. They were immediately turned on. Then she did not stop and continued her show, not paying attention to the camera.

From her look, she liked it. Zhenya hugged me too, leaned back on the back of the sofa and closed her eyes with a soft groan. Five minutes passed in this way. Finally, Zhenya ran out of milk. I licked the last drop from a swollen woman's nipple.

Bat demo locations near me

How much is amac membership

Guided out of body experience

How to glitter alcohol bottles

Bench warrant lawyers near me