We are having difficulty displaying the exact address.Click here to see address using Google Maps.

We're sorry your court map could not be found.

Access to basic case information for Circuit and Superior Courts in most Indiana counties, and for some City and Town Courts, is available to the general public. Search options include party name, case ID, and county. Advanced search options and other features are available through a subscription service.

The Indiana State Police offer a limited criminal history online search service with a subscription or per-search fee. Criminal case information is limited to felonies and Class A misdemeanors.

Search protective and no-contact orders filed since July 1, 2009 by name or case number. Additional search options include year of birth, race, county issued, and city of residence. Links to forms and instructions for obtaining orders are at the bottom of the page.

Dockets, calendars, and other information about court cases

View daily and weekly calendars for Circuit and Superior Courts in most Indiana Counties, and for some City and Town Courts. Click the name of the court in the "Partner Courts" list in right column to begin. When the county information page appears, click the desired calendar in the List of Courts at the bottom of the page.

View and download forms for use in Indiana courts, and forms for complaints against attorneys and judges.

View information about the Indiana Foreclosure Prevention Network, with an online application form.

View information about Indiana problem-solving courts, which can set up treatment in lieu of incarceration for some offenders with substance abuse or mental health problems. Types of problem-solving courts include adult and juvenile Drug Courts, Mental Health Courts, Veterans Courts, Family Dependency Drug Courts, and Domestic Violence Courts. Links to rules, guidelines, and a directory of local programs are provided.

Download the Indiana Small Claims Manual and view a summary of small claims procedure, instructions for using the Manual, and a video about representing yourself in a small claims case.

View information and resources for people without attorneys, including a guide to representing yourself in court, mediation, family law, protection orders, finding a lawyer, court forms, and foreclosures.

View information about the Indiana Supreme Court Law Library, including hours, available materials and resources, and an online catalog.

View information about the Indiana State Public Defender office, which provides representation to incarcerated criminal and juvenile defendants who cannot afford a lawyer.

Income-eligible residents without a lawyer can ask civil legal questions online and receive answers from an Indiana lawyer. The service is free; registration is required.

The Indiana Supreme Court Disciplinary Commission provides information about the types of complaints it handles, examples of rule violations, and the procedure for filing a grievance. Links to online and printable forms are provided.

The Indiana Supreme Court Disciplinary Commission offers an online search service of attorney status and a listing of orders and opinions in attorney discipline cases.

The Indiana Commission on Judicial Qualifications provides information about the types of complaints it handles, the procedure for filing a complaint, and a link to the complaint form.

Search the roll of attorneys licensed to practice in Indiana by name or attorney number. Search may be limited by city.

Mission Statement: To educate all generations of landowners  in Union County on soil and water conservation

Union County is named for the union of parts of Fayette, Franklin and Wayne counties.

Description:The building faces north and is a two story gray colored stone structure. The building is located on landscaped grounds in the center of Liberty. The front section has a high square stone clock tower with steep roof. The first story entrance has a stone arch. On either side of the tower are  sections which rise to peaks above the roof line. On the east and west sides are rounded towers. The courtroom is located on the second story. The building houses the County Circuit Court and the County Superior Court of the 18th Judicial District. The building was renovated in 2006. The architect was Cornerstone Design of Otterhein and the contractor was Oberle & Associates of Richmond. 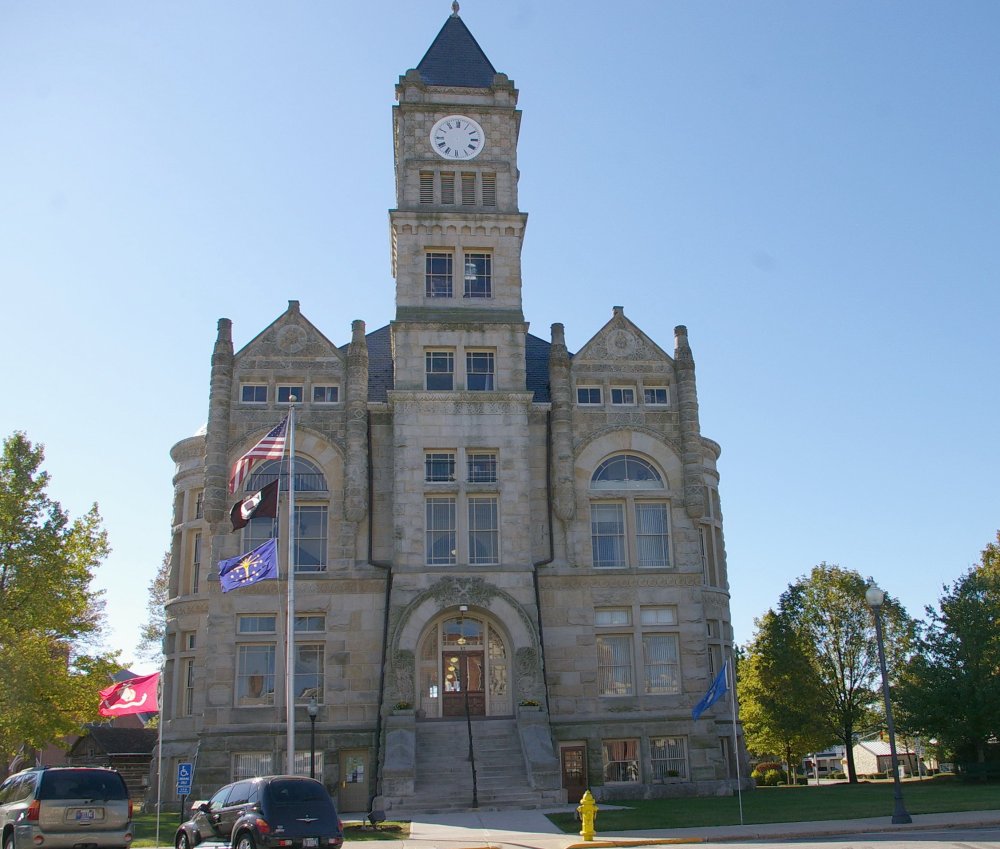 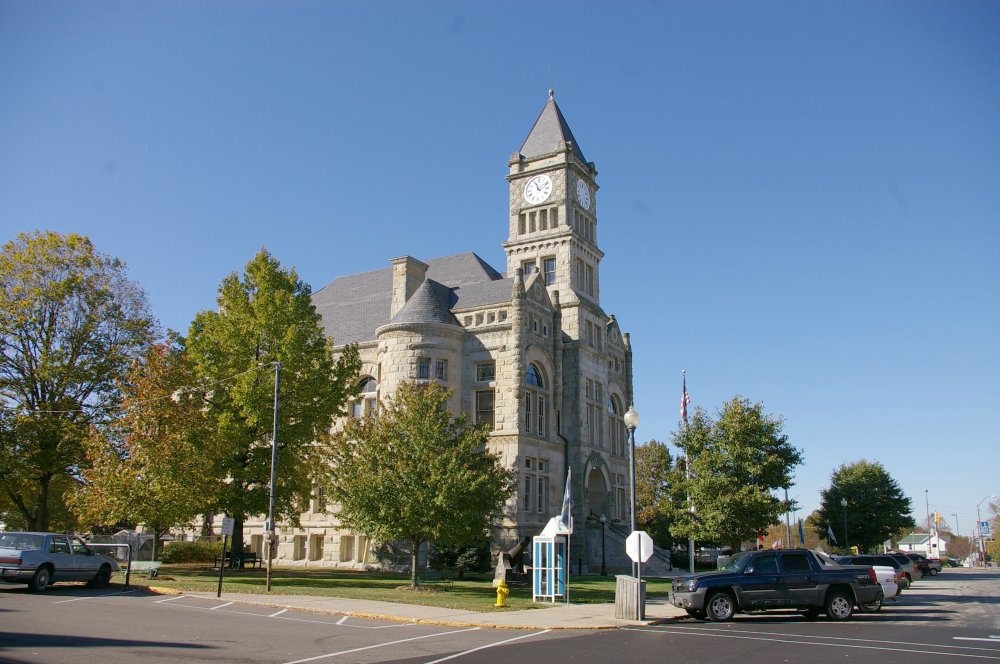 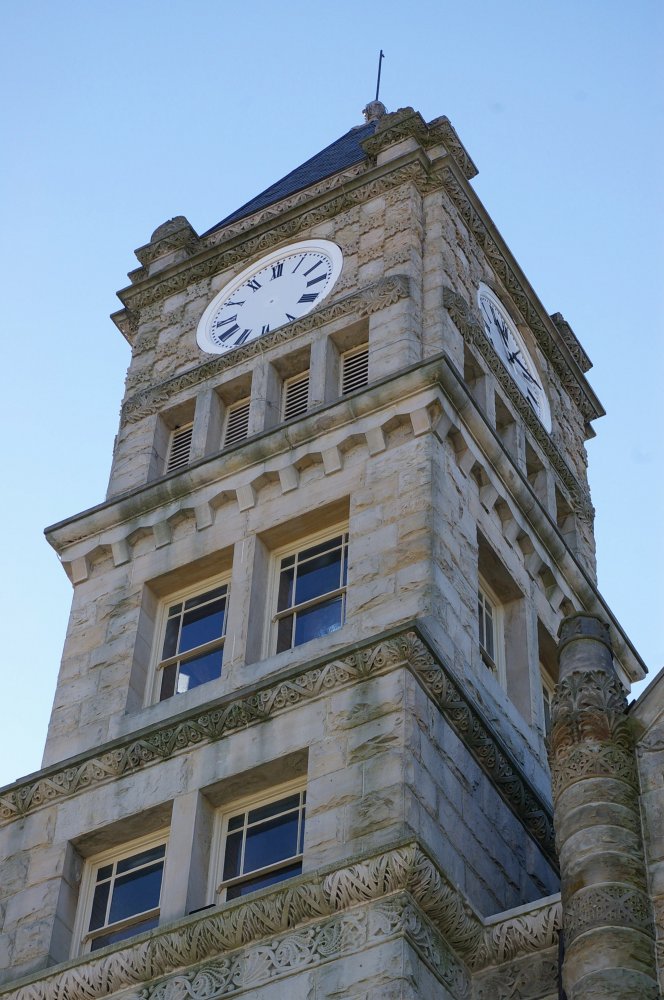 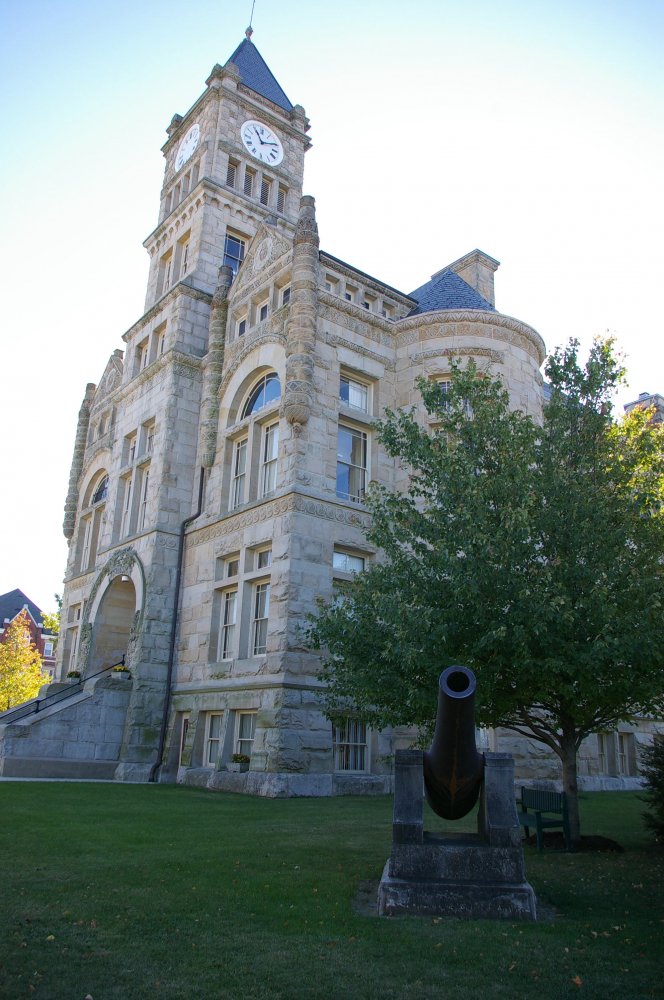 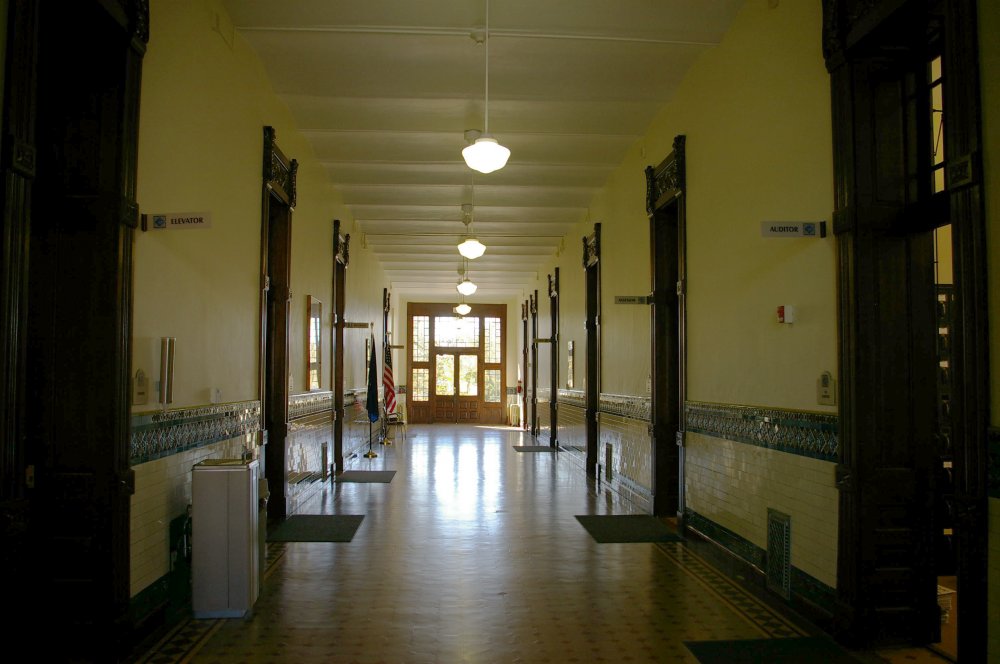 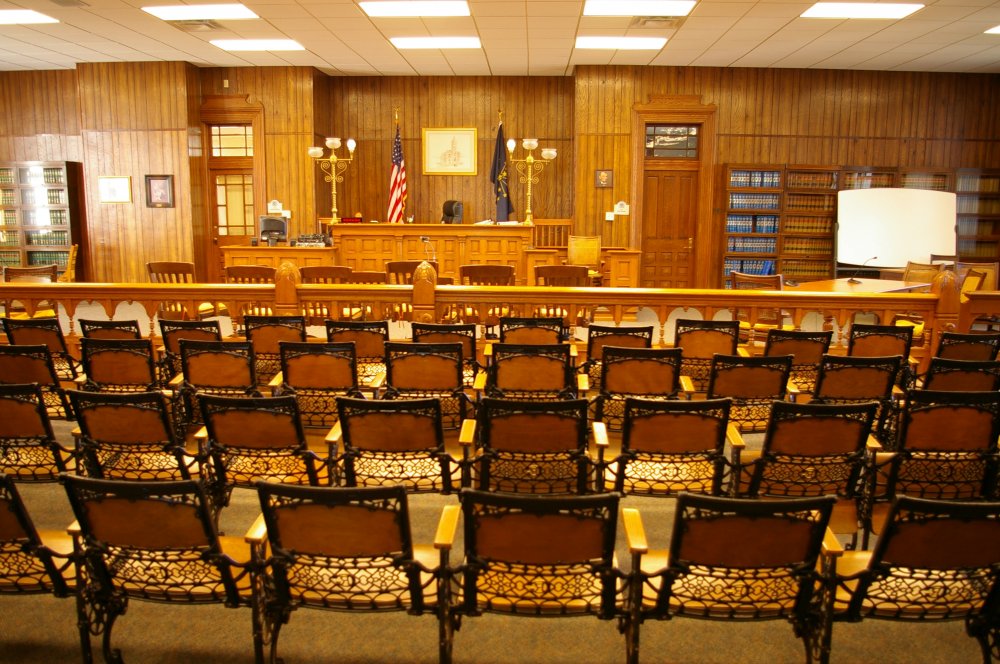 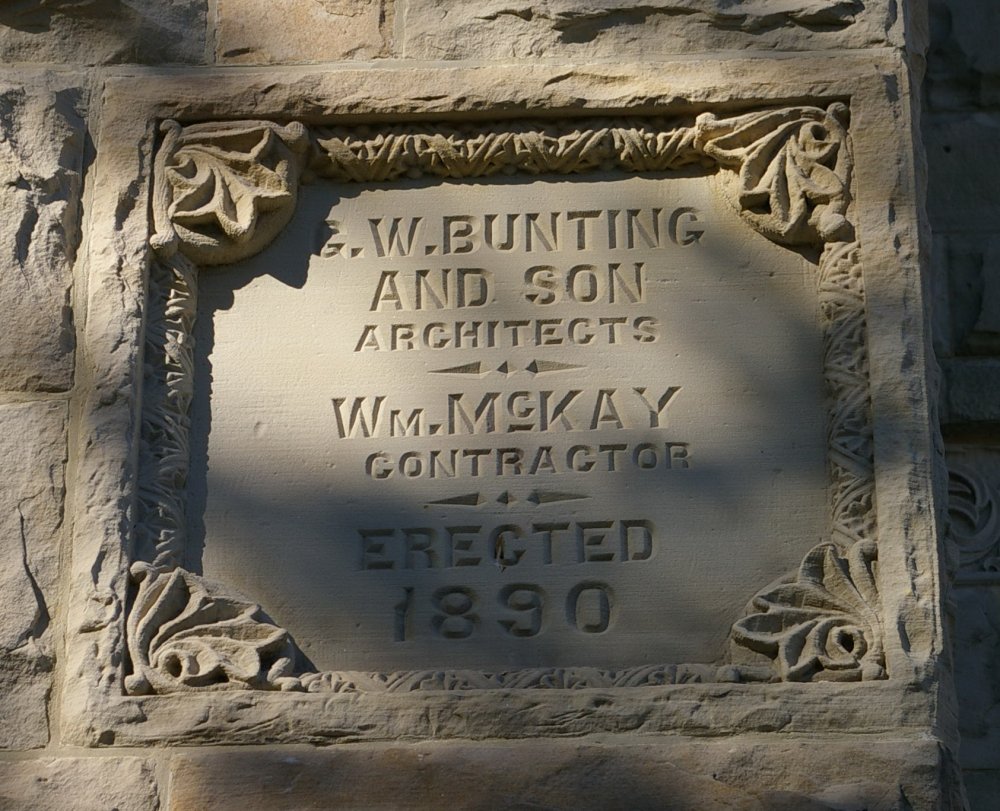 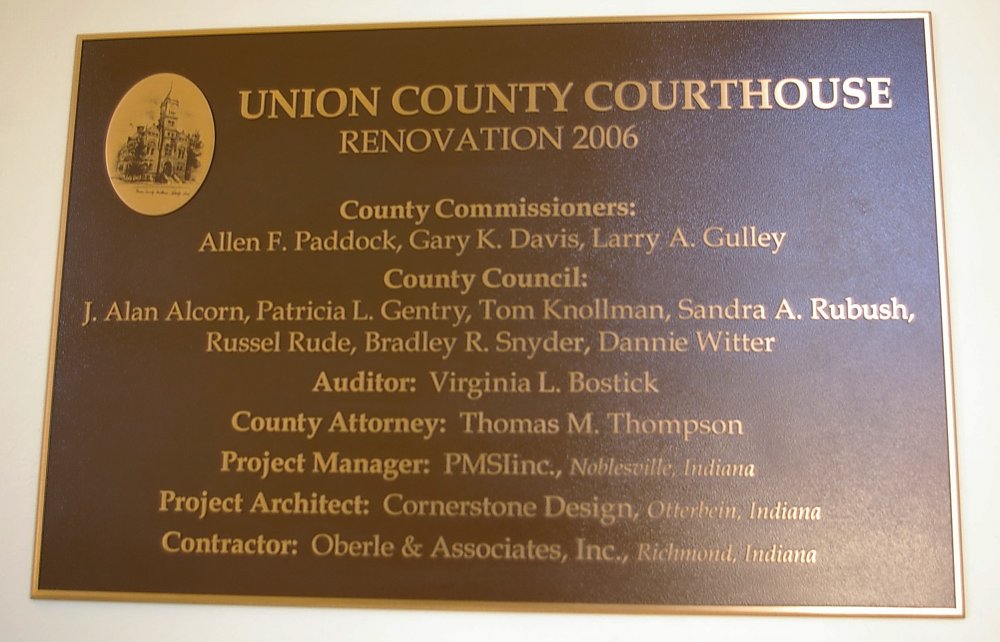 Routine Passport Services: The usual waiting time in Liberty to get your passport is four (4) to eight (8) weeks for routine applications, and two (2) to four (4) weeks for expedited application from the Union County Clerk Of Circuit Court.

Union County is located in the U.S. state of Indiana. The county was formed in 1821 and named Union because it united sections of three adjacent counties into one new entity. The county seat is Liberty. According to the U.S. Census Bureau of 2013, the county has a population of approximately 7,277 people. According to the U.S. Census Bureau, the county has a total area of 165.18 square miles of which 161.22 square miles is land and 3.95 square miles is water. Union County borders the following counties: Wayne County to the north; Preble County, Ohio to the east; Butler County, Ohio to the southeast; Franklin County to the south and Fayette County to the west. Union County has six zip codes. The zip codes are 47010, 47325, 47331, 47353, 47374 and 47003. The most populated zip code is 47353.

The County Clerk is responsible for administering elections, issuing marriage licenses, and processing passport applications. The Clerk’s office is also responsible for various judicial functions which include maintaining records of case filing, motions, pleadings, evidence and keeping a record of Judgments, orders, and decrees of the Circuit Court. The Clerk receives payment of fines, fees and judgments levied by the court, and are responsible for disbursement of the money.

For local court contact information, visit the county's official website or see our directory of courts and clerks. Contact the local court directly with questions about jury duty, an upcoming court date, or getting a copy of a document in your case if it isn't available online.

Find case information and some documents at mycase.in.gov

Attorneys are required to e-file in this county; others are encouraged to e-file. Learn the basics and get started.

Get official and provisional data about the types of cases filed and disposed in courts across the state.

Union County is located in the east-central area of the state.[2]

For a complete list of populated places, including small neighborhoods and suburbs, visit HomeTown Locator. The following are the most historically and genealogically relevant populated places in this county:[7]

Most church records are held by individual churches. For contact information, check a phone directory, such as SearchBug or Dex Knows. Some denominations are gathering their records into a central repository. For more information about these major repositories, see Indiana Church Records.

After land was transferred from the government to private ownership, subsequent transactions were recorded at the Union County courthouse, where records are currently housed. Civil War
Civil War service men from Union County served in various regiments. Men often joined a company (within a regiment) that originated in their county. Listed below are companies that were specifically formed in Union County.

In most counties in Indiana, probate records have been kept by the county clerk of the circuit court. They include wills, fee books, claim registers, legacy records, inheritance records, probate ticklers, and dockets. The records are available at the Union County courthouse. For more information, see Indiana Probate Records.

Indiana tax records complement land records and can be used in place of censuses or to supplement the years between censuses. Because only persons who owned taxable property were listed, many residents were not included in tax lists. There may also be gaps of several years in the tax records of some counties. For more information see the wiki page Indiana Taxation.

Vital records consist of birth, death, marriage and divorce records. Indiana law in 1882 required registration of births and deaths in counties. The Indiana Department of Health has birth records filed after October 1907 and death records filed after January 1900 for deaths. Copies may be obtained from the county health department or the Indiana State Division of Vital Records.

Listed below are archives in Union County. For state-wide archival repositories, see Indiana Archives and Libraries.

Listed below are libraries in Union County. For state-wide genealogical societies, see Indiana Archives and Libraries.

What does boo gang mean

Dares for guys over texting

Net of a sphere printable