ALL the Pillsbury Sugar Cookie Designs That Have Ever Existed

Well… almost all of them!

Keep in mind: Price and stock could change after publish date, and we may make money from these links.

Is there anything better than Pillsbury’s place-and-bake sugar cookies? You know what we’re talking about. Those pre-packaged dough circles that you plop right onto the baking sheet that come in a variety of different seasonal designs. Seriously, there are SO many designs. It feels like Pillsbury has a fun cookie print for nearly every holiday! But how many designs are really out there? We went on a deep-dive to find as many place-and-bake cookie designs as we could, and you won’t believe how many there are.

The best way to commemorate back-to-school season? Cookies, of course. Pillsbury’s back-to-school design throws it way back to the good ol’ school bus days, and these lil treats are perfect for snacks and lunches. Or, ya know, stress eating before your first exam.

Nothing screams Halloween like a creepy black cat. Don’t worry, these tasty treats won’t give you bad luck! But you might want to avoid breaking mirrors and walking under ladders just in case.

These turkey-printed sugar cookies deserve a spot in your Thanksgiving spread, right next to the pecan pie. There, we said it.

Baking Christmas cookies is a lot work. You have to gather all the ingredients, prepare the dough, cut out the shapes and decorate the cookies. And yet, these precious Christmas tree print cookies exist. They’re oh-so-cute and hassle-free. So… tempting…

After the winter snow melts away, the flowers bloom, and the Easter-themed, ready-to-bake cookies hit the shelves. We can’t get enough of this adorable hatching chick!

Every Fourth of July, these patriotic cookies hit the aisles, along with all the other red, white and blue goodies. Flag-printed cookies (and fireworks) are a must-have at any Independence Day soiree.

Update, November 18, 2020: Back in July, we heard that M&M's were releasing a brand new white chocolate sugar cookie flavor. We weren't necessarily all in the holiday mood back then, but now that the holiday season is in full swing, we're happy to announce that the new M&M's are officially available online and in stores.

Each delicious little bite features a soft sugar cookie on the inside and a white chocolate coating that comes in red, white, and green colors perfect for the holidays. You can eat them on their own or get a little crazy with it and add these to any of your favorite cookie doughs for even more flavor.

You can find bags of these in stores right now, but Walmart is also selling them online for $2.88 a bag, so go on and treat yourself to some with the click of a button. We heard you were on the nice list this year, anyway.

Original Post, July 14, 2020: Sugar cookies are a holiday classic—and they're made infinitely better when stuffed with M&M's. The candy pairs perfectly with a soft, flakey, buttery, vanilla cookie and adds a little bit of chocolatey crunch. The geniuses who invent new M&M's flavors know this well, apparently, because they've developed a new bite inspired by those very same cookies.

M&M's announced today that it would be selling a brand new flavor during the 2020 holiday season: M&M's Sugar Cookie. This flavor features a white chocolate, sugar cookie-flavored shell with a crispy center that you've come to know and love from M&M's. Basically it's like a little mini cookie in every bite—and you don't even have to start the oven for it. Like many seasonal treats from M&M's, these candies come in the super-festive colors red, green, and white.

In case you haven't noticed it is...not the holidays right now. In fact it's very hot out in most parts of the U.S., so you won't be seeing these new seasonal treats on shelves any time soon. It's simply not time yet! Though they're due to hit shelves in November, candy fans will have the chance to get an exclusive first taste of this new treat by entering a contest on M&M’S official Twitter and Instagram pages this weekend. If I were you, I would start taking a good look at those pages on Saturday, July 25 in order to win a sneak peek of Sugar Cookie M&M's. I dunno, just a little tip I learned from Santa himself! Not to brag or anything...

This content is created and maintained by a third party, and imported onto this page to help users provide their email addresses. You may be able to find more information about this and similar content at piano.io

BAKE 12 to 14 minutes*. Cookie surface and edges will be pale in color. DO NOT OVERBAKE. 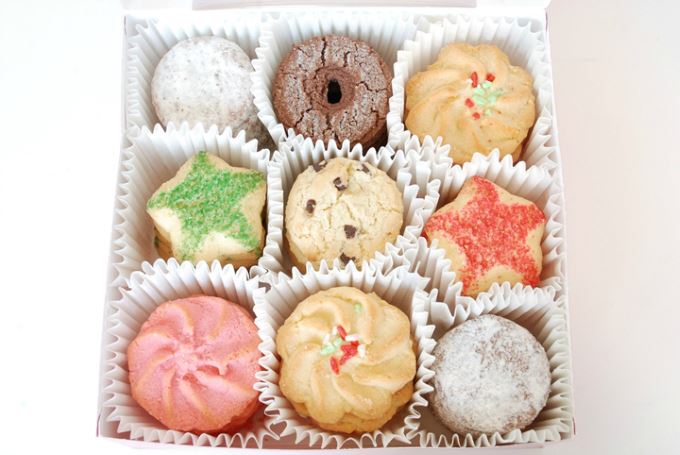 My eyes went big and I said, “Oooooh” for this pretty box of holiday cookies.  The box has a great appearance and lots of variety – so the cookies may be a nice choice for a party. BUT their taste honestly varies from OK to Good. 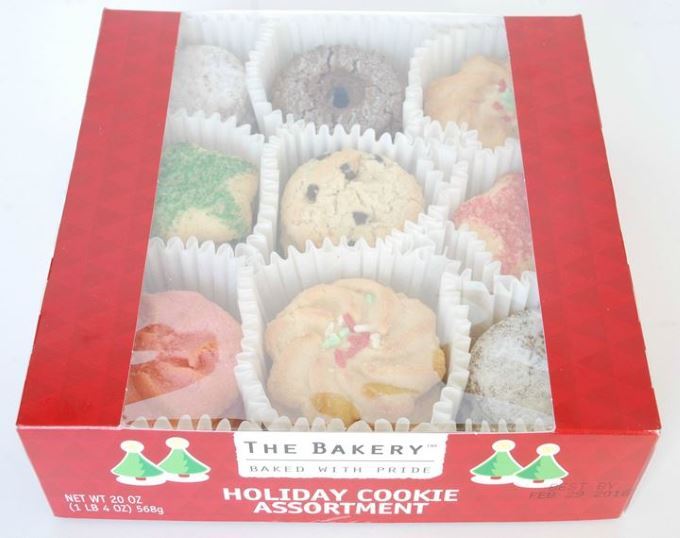 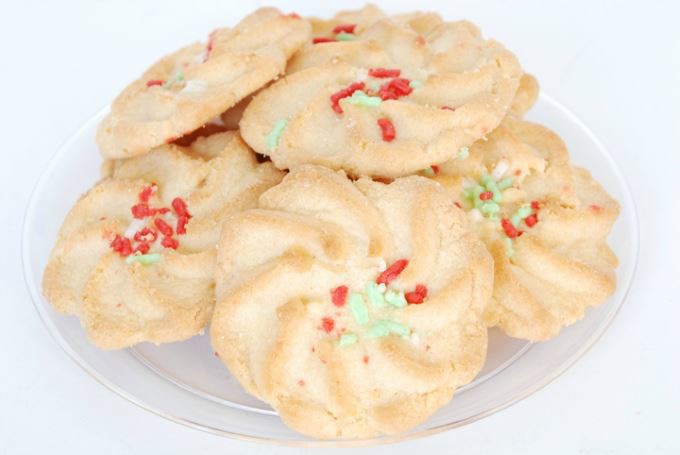 The spritz cookie had Christmas colored sprinkles on it. This was my favorite in the whole box. It tasted like a butter cookie so it was very good. 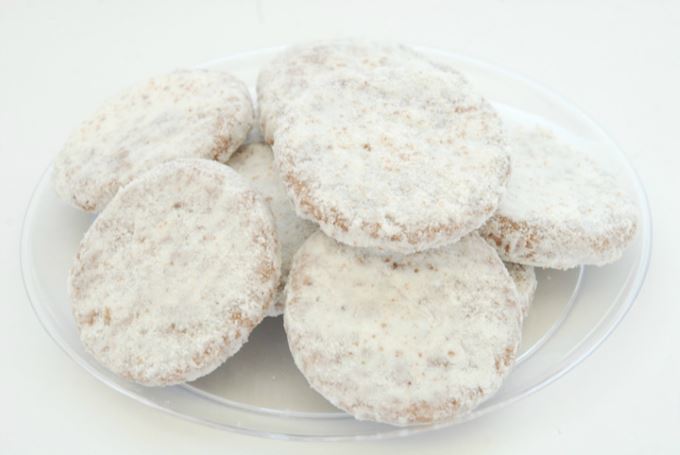 The powdered sugar cookies – I’d say the best flavor vibe I got from them was almond. I had hoped they were spice or gingerbread. But my husband liked the sweetness of the powdered sugar. 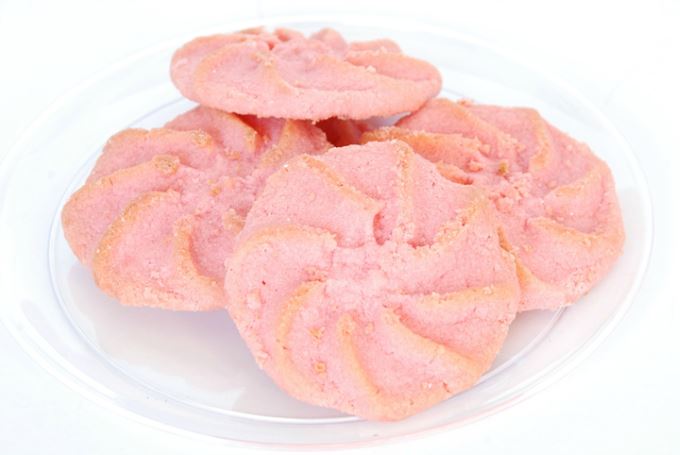 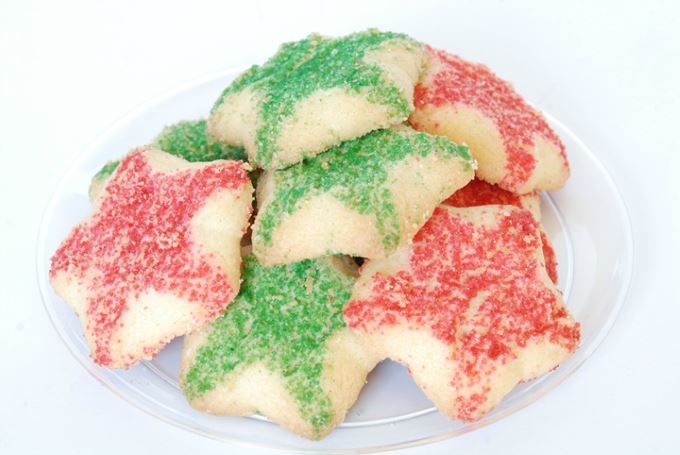 These star cookies are pretty. Again, I taste almond. And the colored sugar on top makes them sweet. They are as good as the spritz cookies. 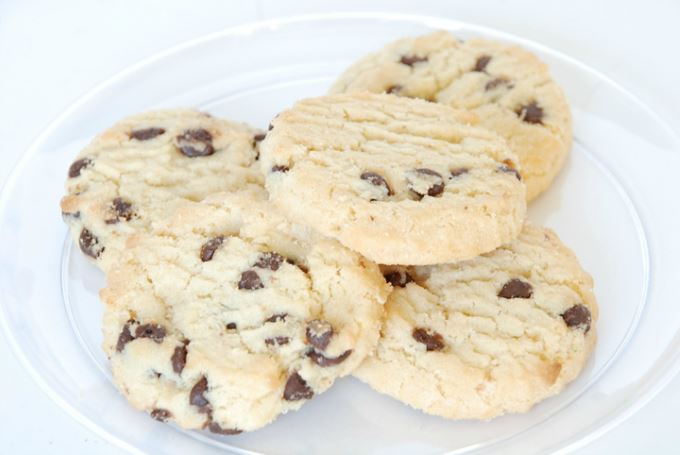 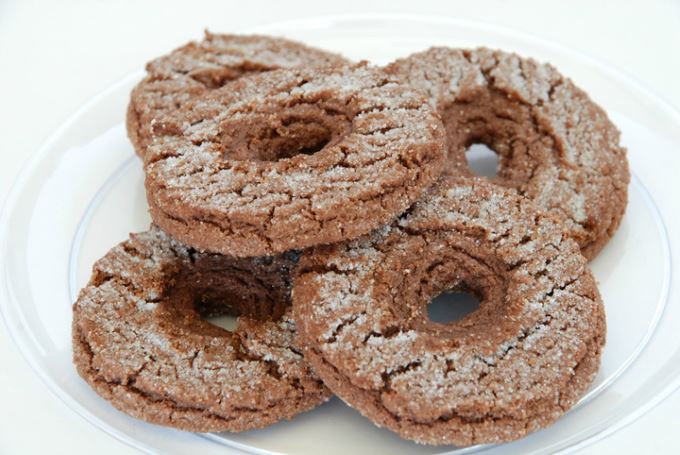 These cookies taste like cocoa, hmm… But, they seemed plain – just OK. The sugar on top adds a little sweetness.

I know, I know, I wanted this box of cookies to blow me away too. I wanted them to make me race back there to buy another one. But they didn’t. I’d eat the spritz and star cookies if I saw them at a party though.

What have you found on the Christmas treats table that you liked?

See you at Walmart!

These soft frosted sugar cookies are everywhere. But are they actually good?

Sometimes food debates disappear as quickly as they pop up. Others are pretty much constant. Take the ongoing discussion about those ubiquitous soft and chewy frosted sugar cookies, for example.

Though these cookies (which actually have a formal name — Lofthouse!) have been around forever, a debate about them has been going for at least two years on Twitter. The issue at hand? Whether these cake-like cookies are actually delicious or totally gross.

Since these particular cookies are sold at so many national grocery chains, plus big-box retailers like like Walmart and Target, it seems like everyone has an opinion on these pillowy soft sugar bombs which are decorated with pastel frosting.

In 2017, a Chicago-based tweeter started things off when posting: "its that time of year again when stores sell these bottom of the barrel, flavorless piece of s--- things they have the nerve to call cookies."

Unlike traditional sugar cookies, Lofthouse cookies are made with both baking soda and baking powder to give them a fluffier, less crumbly texture. Many recipes also involve sour cream to keep them moist.

Though a cookie-cake hybrid might sound like a dream to many with a sweet tooth, when it comes to these grocery store staples, people are truly divided. The original tweet has since received more than 18,000 comments and nearly 40,000 likes.

Many were in agreement with the original tweet, complaining that the cookie itself has no taste, is too sweet or reminded them of Play-Doh.

Though the now-viral tweet was put out into the world in 2017, many people are still weighing in with their thoughts about fluffy, store-bought bakery item.

Some truly adore them.

Others just want want them to disappear forever.

Lofthouse is the most famous brand of this controversial cookie. The company describes its signature item as, "An incredibly soft sugar cookie with a sweet and colorful frosting..." and note that they are available in many colors and seasonal flavors like hot cocoa, strawberry shortcake, candy corn, red velvet and even birthday cake.

There are also lots of recipes for copycat versions online.

In addition to being available at Kroger and Meijer, Target's Market Pantry brand also makes its own version, and there's also a similar version at Publix.

The Lofthouse-style cookie is far from the first sweet snack to get the Internet riled up. People recently got into arguments about whether to lick or bite ice cream cones, as well as which type of brownie is better: a chewy one from the center of the pan or the crispy pieces pulled from the edges.

Lyn Mettler is an Indianapolis-based travel and lifestyle writer, who shows others how to travel free or for less on her GotoTravelGal.com blog.

All these fantasies excited me greatly. Every time I felt a warm, pleasant wave rolling down my belly. The hand itself reached for my excited slit.

Us states and capitals quizlet